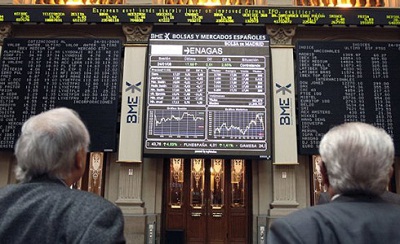 MADRID | Barclays analysts said in an investor note on Monday that further worsening in Spain’s case should be very limited, as government policies tackle the key problems with the right solutions, in spite of mistakes being made. Experts remained confident the financial sector has gained sufficient funding at least until 2015 after having taken advantage of the latest liquidity operation carried out by the European Central Bank.

The report admitted that European stocks had not seen declines of 3% per week since November 2011. The effects of this still incipient scare triggered by lack of growth have already been felt in the weakest links in the chain, analysts highlighted,

“that is Spain and Italy, but much more clearly in Spain. It is clear that an adjustment like the one Spain has to do looks very different if we have Germany, US and China pulling the cart, that if we are all splashing with the waters up to our necks.”

Although it may be logical that the weakest links in the European Monetary Union resent the crisis with more emphasis, Barclays mentioned a few aspects that could be particularly important to understand the Spanish situation: among them, the loss of credibility over public deficit figures by the former Socialist cabinet.

“That the deficit in Spain was -8.5% instead of -6% when we were coming from-9.2%, does not qualify for diversion but a sheer shame. Unfortunately, outside Spain few care about political parties or who is in government, so att the moment our European partners wonder why they should believe president Mariano Rajoy after Rodríguez Zapatero cheated on them.

“In this sense, the fact that the ruling party obsessively blames the previous government, and that the current president has unilaterally decided to lower the deficit target, helps little to recover that trust. It simply was not a convenient time.”

However, analysts remarked that

“Spain has produced three key reforms to overcome the crisis and bring growth to the country’s economy. In record time, Spain has amended the labour law, forced banks to recapitalise, and has charged against out-of-control regional spending.”

Moreover, the Spanish financial system has seized the opportunity that the ECB provided them via the long-term refinancing operations or LTRO. There were voices pointing out that many entities would not participate in the second LTRO, but this has not been the case.

“Even the most reticent of the banks have used the liquidity facility. Spain’s financial system will have no liquidity problems for the next two years [and] the Spanish Treasury has wisely stepped in during the period of calm to cover much of the country’s financing needs for 2012.”

Barclays described the Spanish stock index IBEX as showing a good behaviour regarding the Spanish debt spread in reference to German bond yields, and affirmed there are many opportunities to buy cheap.

Be the first to comment on "Spanish banks safe thanks to liquidity provided by the ECB, Barclays says"