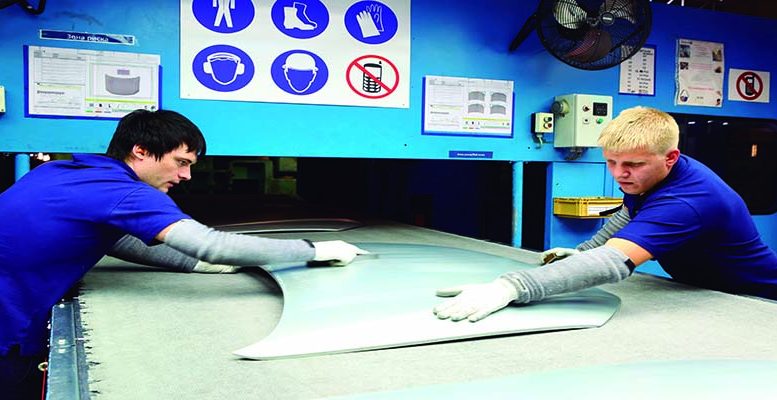 Renta 4  | Gestamp is a direct supplier of parts for the main global light vehicle manufacturers. It makes the key parts of any car: bodywork, chassis and mechanisms. It’s one of the few suppliers with global capacity and has a market share of around 15%. In “hot stamping” manufacturing, the most advanced technology in the sector, its share would be around 20%.

Since it was founded in 1997, Gestamp has obtained a level of revenue growth far superior to the global automobile manufacturing market. This is the most representative variable for the company. Revenues rose at an annual accumulated rate (CAGR) of 21% between 1998/2016, 7 times more than the world car manufacturing market (+3%). EBITDA CAGR was 18% over the same period.

We calculate that Gestamp has a market share of about 15% in bodywork and chassis (excluding OEMs’ own manufacturing) which would rise to around 25% in “hot stamping” and other technologies with higher added value. The integration of Edscha has meant it now has a market share of 50% in mechanisms in Europe, its principal market. Gestamp is a world leader in bodywork and mechanisms and number 3 in the world in chassis. Its main competitors are Benteler and Magna Cosma, companies which have grown in the last few years at a much lower rate than Gestamp. Others like  Voelstalpine, Constellium, or Ftech compete in bodywork and chassis and Aisin Seiki, Brose, Multimatic and Stabilus in mechanisms.

Gestamp generates almost half of its revenues in western Europe (49% of the total), NAFTA accounts for 20%, Eastern Europe 11%, Asia 14% and Mercosur 5%. This geographical diversification is a support in tough market environments. For example, the decline in automobile production in Russia and Brazil due to the deteriorating macro backdrop was balanced out thanks to greater growth capacity in Asia, North America and western Europe. Years before, during the 2008/2009 crisis, transferring production to South America also offset the decline in North America.

A sector with growth capacity. Outsourcing is key

Since 2010, Gestamp has surpassed the growth in the automobile manufacturing market by 3/4 times. We believe this will continue and that the company is prepared to grab the outsourcing opportunities offered by the sector. The automobile sector is capital intensive. With the structural changes that are taking place, like emissions reduction, electric cars, autonomous driving, and security and confort, amongst others, we think manufacturers will have to prioritise where they invest.

In our opinion, the OEMs are going to focus their efforts on investigation to develop these applications and will have to outsource the manufacturing of other components which don’t offer so much added value, like bodywork and chassis. Companies like Gestamp can make these more efficiently. In this sense, being able to have one factory in strategic points to supply various manufacturers is an advantage. At the same time, having demonstrated the ability to provide top quality products on a recurring basis and the capacity to meet deadlines is a guarantee.

We believe the visibility of the firm’s earnings over the next few years is high and that Gestamp will continue to post an attractive growth rate. It currently has 90% of its forecast revenues covered until 2019 (excluding “tooling” sales).

Gestamp announced a downward revision to its 2017 EBITDA growth target due to the increase in the launch costs of certain projects in North America.

Even taking this into account, we are confident the growth rate will be high over the coming years. For the three-year period 2017/19e, which covers the objectives in the group’s strategic plan, we are forecasting an 8.4% rise in revenues and 10.8% in EBITDA, slightly below the company’s estimate for +9% and >+11.4%, respectively. Net profit growth will also be very high over the next three years: 2016/19e +17% CAGR. We estimate that Gestamp will maintain a dividend payout of 30%, with the yield close to 2% in 2017, rising to almost 3% in 2019.

In spite of the fact it operates in a cyclical sector, Gestamp’s risk profile is low for some of the following reasons: 1) it supplies the 12 main global manufacturers; 2) it has a high level of geographical diversification; 3) it only works to order ( high level of revenue visibility); 4) it limits investments to the obtaining of projects; 5)the ability to transfer the fluctuations in steel prices, its main raw material.

Whatsmore, Gestamp’s performance was considerably better than that of the principal companies in the sector during the last crisis. In 2009, the worst year for the sector and unique in the company’s history, Gestamp posted a smaller decline in revenues (-12%) amongst  14 companies (with an average drop of 23%). It also registered the second smallest decline in EBITDA (-17%), only beaten by Continental (-16%).

In conclusion, we value Gestamp at 6,2 euros/share using the DCF 2017/26e method. Terminal value +2%, discount rate 8%, and we deduct net debt to reach a shareholders funds’ valuation of 3.575 billion euros or 6,2 euros/share.