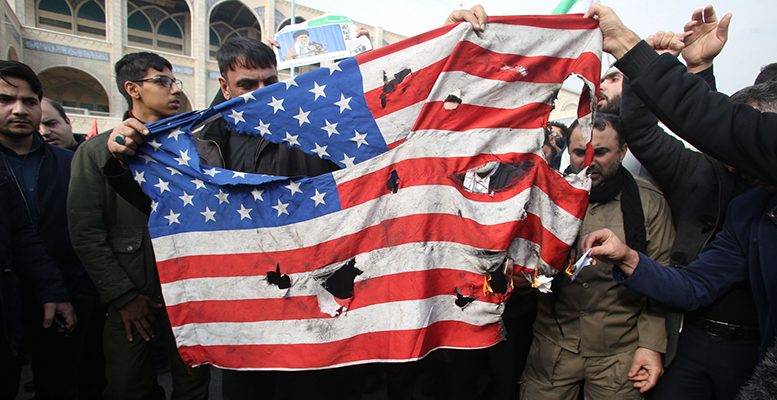 Neil Dwane (Allianz) | The financial markets are signalling that the situation in the Middle East won’t get out of hand, but US-Iran friction could continue for some time. The defence industry and oil and gas-related sectors could remain well-supported, but overall we believe investors should be cautious yet patient. Look to higher-quality stocks with lower correlations to the broader market and “hunt for income” if headline volatility is a risk you wish to avoid.

We have been keeping a watchful eye on the Middle East for some time, mindful that any flare-up in tensions could roil global markets. That spark may have come in recent weeks, with the US and Iran edging towards military conflict. The reaction of financial markets suggests that the situation won’t get out of hand, but even so, the face-off could still continue for some time. We think investors should prepare to ride out the initial volatility that ensues whenever there are new headlines, and be ready to reassess positions when signs of de-escalation occur.

The US and Iran have escalated tensions in recent weeks. While it’s reasonable to expect a prolonged confrontation between the two states, we believe that neither wants to start a full-blown war. Moreover, Iran has been weakened by continuing economic sanctions and may not be capable of major military action. But the situation remains unpredictable and the risk of further escalation between the US and Iran – and turbulence across the region – remains significant.

What does it mean for the markets?

While we are concerned that the Middle East has become a lot more complex in the last few months, the financial markets have been resilient

and seem to be assuming the situation will not become uncontrollable. A pattern is starting to emerge in response to each escalation between Iran and the US:

– An initial sell-off on news of strikes or strong rhetoric from leaders.

– A bounce-back once traders decide that the latest escalation is unlikely to affect the overall market narrative.

The resilience we’ve seen seems to be partly due to the fact that many investors are already defensively positioned, having used 2019’s strong performance to reduce equity exposure and take profits.

Overall, the global reliance on Iranian oil has lessened since the 1970s, making the scope for economic damage less ominous. Nonetheless, there has been some reaction in certain markets, most notably in flight-to-safety asset classes. Gold has returned to higher levels, the US dollar has strengthened, US Treasury yields have declined, and the aerospace and defence sectors have rallied since the flare-up in tensions.

What does it mean for oil?

So far, oil-price increases have been relatively modest: Brent crude prices spiked up about 4% on Monday before falling again on news of de-escalation. This was well below the 15% spike we saw in September after the Saudi Arabia oil-facility strike – and, notably, prices moved downward again fairly quickly after that episode.

Further turbulence in the Middle East could create a risk premium for oil and cause disruption in the oil supply, pushing up oil prices and acting as a headwind to future global growth. Higher oil prices would also hurt most Asian economies which, with the exception of Malaysia, are net importers of oil.

Our consensus view for 2020 is that the oil market is
well supplied, with global demand weakish, but there is falling investment in Mexico, Brazil, the Middle East and the UK, offset only by Norway. US shale production looks unlikely to grow much more into 2021, so we see a high risk that more supply issues will surface. This could push prices up somewhat.

What should investors do?

In an environment of widespread political, structural and cyclical headwinds on the one hand, and lingering (though receding) support from monetary and fiscal policy on the other, we expect a continuation of the anaemic below-potential global growth trend in 2020. This rapid deterioration in the Middle East will certainly not help global growth, and it may have raised the near-term risk profile in Asian markets, despite a sanguine macro backdrop.

In the face of uncertainty, we urge caution and patience. We suggest investors are ready to re- assess positions once signs of de-escalation in the US-Iran tensions can be seen. In the meantime, defence sectors, as well as oil and gas-related sectors, could do well, but investors’ priority should be to maintain diversification, looking at higher-quality, less-volatile stocks with lower correlations to the broader market.