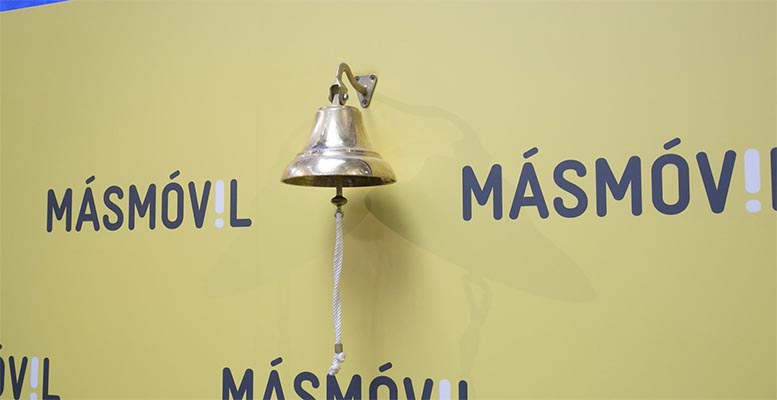 MasMovil's price is conditioned by the €22.5/share takeover bid from KKR, Cinven and Providence

The telecommunications operator, which is in the midst of a takeover bid, is relaunching its commitment to growth with four corporate transactions. These are: the acquisition of Lycamobile, a mobile virtual operator focused on the immigrant market and its subsidiary in Portugal; the purchase of Ahimás, which specialises in rural areas; and the launch of its Basque subsidiary Guuk. It also plans to start up paid financial services and the creation of a telecommunications subsidiary for the elderly.

The Lycamobile deal, worth 372 million euros, is the most important one. It was agreed in February and approved by the board on May 28. Lycamobile specializes in the prepaid segment in Spain, has 1.5 million lines and revenues of 130 million euros. MasMovil estimates generating post synergies EBITDA (via cost reduction) of around 75 million euros annually. This year it is already forecasting 70 million euros.

For Bankinter’s analysis team, “strategically” this operation will allow MasMovil to gain market share in the prepaid mobile segment.

“However, we believe that MasMovil is paying high multiples: EV/EBITDA of 8.2x vs. 7.8x for the teleco itself.” According to the company, adjusted for synergies, the ratio improves as it falls to 5x.

Moreover, the operation is financed with debt and will increase leverage by 0.2x (ratio NFD/EBITDA adjusted pre-transaction is 3.5x).

The stock price will continue to be conditioned by the 22.5 euros/share takeover bid from KKR, Cinven and Providence. In view of this offer, which is pending approval, Bankinter recommends waiting for the outcome of events.

“We believe that the price offered does not reflect MasMóvil’s full growth potential or a possible consolidation in the sector which would generate synergies and reduce competition. The current offering marks a floor for stock price.”

During this time, while waiting for the counter takeover bid, new institutional investors have also bought into MasMovil’s capital. The main ones are the Sand Grove fund, with 1.117%, and the Wellington Management Group with 1.9%.