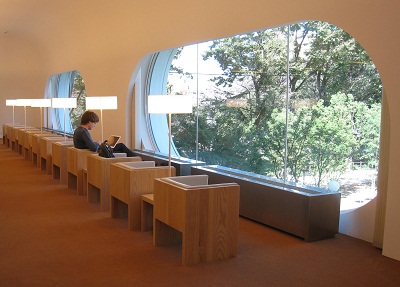 YOUNG AND BOLD: THE NEW SPANISH ENTREPRENEURS | NEW YORK | Starting from scratch, Daniel Gutiérrez Alías one year ago created ShakingAsia, a B2B Spanish consulting company based in Tokyo. This 31-year-old savvy IT engineer from Madrid was for a long time funded by his FFF (Familiy, Friends and Fools). Now he is still relying on bootstrapping but has clients such as Red Karaoke or Minube. Hard-working and determined, he wants to shake the Asian markets with innovation and bring down clichés about Spanish young entrepreneurship. In a nutshell: what do you do and what can you offer. ShakingAsia is our platform for helping internet and mobile businesses to enter in Japan. Basically, we become their partners in the country, so we can take care of all the points a company could need: localization and adaptation, customer support, and marketing among others. We are about one year old; we started our operations as ShakingAsia on March 2011, although the idea came up on summer of 2010. Right now we are two partners settled in Japan, but we are already working with three collaborators in Amsterdam, China and South Corea.

You worked in China before moving to Japan. Why starting your first business in one of the most challenging countries in the world while everybody was focusing on the Chinese spectacular growth? I simply followed my intuition. If I look behind, now I can explain some of the reasons. One of them is what you mentioned: the spectacular growth of China. Early in 2008 I saw clear signs of a huge bubble on the way. When people have lots of money and the growing looks like will never end, they make investments that won’t fit with the real needs of the consumers. That imbalance will eventually pop up, but it will take time because the size of China. The difficulty in making bussiness there and the culture itself were some of the other reasons for leaving, although I know there are still good options in China.

I saw an opportunity in Japan because people have the wrong idea that, since it is one of the most challenging countries in the world (which is right, specially in the service sector), it’s impossible to enter (which is false). After their own big bubble, Japan has gone through 20 years of stability, so now what they have is an entrenched economy. That gives foreign companies the opportunity of enter and “shake” the situation with innovative products while the Japanese are still hesitating. Internet is one of those big opportunities here, but there are many others. Nobody thinks about Japan, which is a big mistake in my view.

Your business model is based pretty much on bootstrapping (a self-sustaining process that proceeds without external help). Is this enough? Where do you get financing? Bootstrapping was our option from the beginning. It’s obviously a long and hard way, but has major advantages. You fully own your project. An investor will ask you to boost growth because he expects you to multiply their money (that’s is perfectly ok). For some kind of businesses that’s the only way, but for many others, an organic growth is preferable. For the time being, we have being supported by our FFF (Familiy, Friends and Fools) and now we earn enough from our clients to sustain ourselves. I still wouldn’t say we are out of the ‘pit of despair’ of the first start, but we are close.

How do you use technology and Web 2.0 to reduce costs and promote yourself? Since we are ourselves a B2B, we mainly find our clients by meeting people personally; but once the contact is done, tools like Skype or Twitter helps us a lot to keep a close contact. About communication, blogs do the job wonderfully; through them you can position yourself as an expert. That’s why we are collaborating with one of the main blogs related to Japan technology trends, Asiajin.com.

Where we take full advantage of the power of technology and internet is helping our clients. We have discovered that one of the most powerful marketing tools is to give a superb customer service, because we are able to generate an invaluable word of mouth. And that customer service is provided through e-mail and social networks like Twitter an Facebook.

You don’t have an office in Spain. Tell us why. I’m not refusing; if our clients or maybe a future investor ask for it, we will do it. My position is: if you have an international business, you don’t need to stay in any specific country. You can choose the one that better fits your situation. In the case of Spain, setting up an office is a luxury you only can afford if you are already making quite a lot of money. Something similar happens with Japan. Alternatives: if you are looking at Asia and from the internet business, Singapore should be your option, unless you need to be physically in the target country for some reason.

Borders are a legacy from the past; everybody (specially the goverments) have to learn that from now in advance you can not tie people and businesses to a place and impose your arbitrary rules, because people will move bringing wealth they can generate to another place.

Do you think there is the typical profile of a young CEO? What values and skills do you need in an especially difficult economic context? I don’t think there is a typical profile of young CEO. I have met a lot of them and it is difficult to find anything in common with their personalities or backgrounds; and actually that is good, because it allows them to cover a huge array of needs and unsolved problems. There have one thing in common, though: they take responsibility. And they do it now, without waiting for anything or anybody. One of the biggest problems of our society is that people has been taught others are taking the responsability for them (the teachers, the employer, the goverment), so if things are not going as you expected, it is not their fault. That’s absolutely wrong.

Values and skills for this context: common sense. The kind of things your mother probably taught you: ‘don’t spend more than what you earn’ and that kind of lessons. Just use your intuition and knowledge in order to take the best decisions, if possible without beeing fooled by abnormal situations. We have to think we are living an artificial crisis generated by goverments economical decisions: the bubble era was unreal, now we have just gone back to normal.

Apart from ShakingAsia, you are organizing other major projects such as Iniciador Tokio. Tell us about it. Japan is lacking of innovation and fresh blood of entrepreneurs these days. There are good examples of young and successful entrepreneurs, specially on the mobile social gaming, but the country needs more internationally focused projects. Iniciador is an Spanish project, lead by an NPO foundation, in order to promote entrepreneurship. I brought it to Japan because I believe this country has a long way to improve in this field; I can say Spain and Japan are quite similar in this point. And of course this project have a lot of positive rewards: not only a great networking and a lot of learning, but the feeling we are making a better world.

Do you think there is a typical European way of entrepreneurship? Which differences do you see between you and your Asian/European and American peers? Entrepreneurs have a pretty common behavior everywhere: they have projects, they are passionate and they act. In that sense, I would say there is no difference between a French, an American and a Japanese. In my view, it’s basically the environment which influence their ‘way of entrepreneurship’: how they were educated, how many examples had around them… Maybe because of that, American entrepreneurs are younger than their European or Japanese peers, and the difference of experience makes a difference. On the other hand, I would say Japanese or Spanish entrepreneurs have much more merit than an American one, basically because they go through bigger difficulties: their family and friends are against, goverment puts lots of difficulties on the way, there was no funding available, etc. But beware of us, because we know how to survive!

Entrepreneur’s background: Studied Electronic Engineering. Worked in a Spanish company as a I+D Engineer for 4 years. In 2008 he went to Shanghai to work in the Spanish Trade Office. In 2009 he moved to Japan to complete an intensive proficiency of Japanese (he had studied the language before) and started his own company.

Be the first to comment on "“Beware of Spanish entrepreneurs: they know how to survive!”"