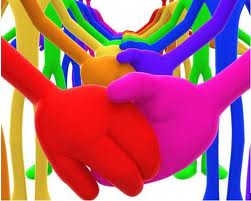 Several weeks ago we dedicated our summer series’ interview to talk about gamification as a productivity and staff engagement booster. But there are other techniques to make office life more interesting or compelling. Decent health plans, employee tuition reimbursement, work life balance and a good year end bonus are some of the top-tens for employees. For others, a young, modern philosophy is a must.

That’s one of the reasons Google won the gold medal in Fortune’s magazine top 100 companies ranking. The giant search engine’s employees were proud of having well-stocked pantries every 200 meters. Google gives them food, a lot of food. And at its New York office they can even have their eyebrows shaped for a small fee.

There are tons of lists. Jobs site Glassdoor has just released its 2012 ranking of the top companies for work-life balance is based on a survey of 385,000 employees in the past 12 months. The Consumerist made an interesting poll last spring to rank the 8 worst workplaces in the U.S.

What are your requirements to thrive in a company? Is it better to get a fat paycheck or a bowling alley?

Be the first to comment on "Do you rather get a bonus or a pingpong table?"