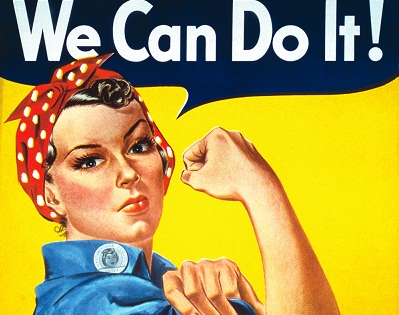 NEW YORK | For each dollar a man earns in the U.S., the average female professional gets only 80 cents, according to the Bureau of Labor Statistics. Only twelve out of 500 companies in the Fortune index are run by women. Apparently it will take them 40 years to match their peers in the corporate world, non-profit organization Catalyst points out. The truth is that women who have reached the highest ranks do not often want to talk about gender gap nor be regarded as some kind of albino gorillas. They’d rather focus on numbers, potential and profit, which is what they are paid for.  Still, there are disturbing facts:

Second, some social changes not being considered enough. Reversing traditional gender roles, 66% of the women between 18 and 34 years old want a “high-paying career” according to a Pew Research Center report out last April. 59% of young men have the same stance. The figures 15 years ago were much equal, almost 50-50 of male and female young adults had the same well-remunerated-job expectations.

Third, there is the sponsor problem.

“Women have more and more higher qualifications although they are less likely to have a sponsor who will vouch for their competence inside the firms,” explains writer and job consultant Mariela Dabbah in an interview for The Corner in New York. Dabbah has interviewed dozens of successful women in the U.S. and is the author of Women’s Power, a book on success for career women.

“Both genders need to be on the same page on this. It is crucial that men put their talented-female colleague’s name on the table whenever there is a position available“, Dabbah explains.

Experts have noticed that there is an increasing number of women in waiting -some are senior managers today. A study conducted by McKinsey & Co. for The Wall Street Journal, to be released next Monday, found that 24% of senior vice presidents at 58 big companies are now women.

Companies need to think whether the pipeline is filling up with enough key, operational  people. And that includes everyone.

1 Comment on "“Show me the money” also applies for her"