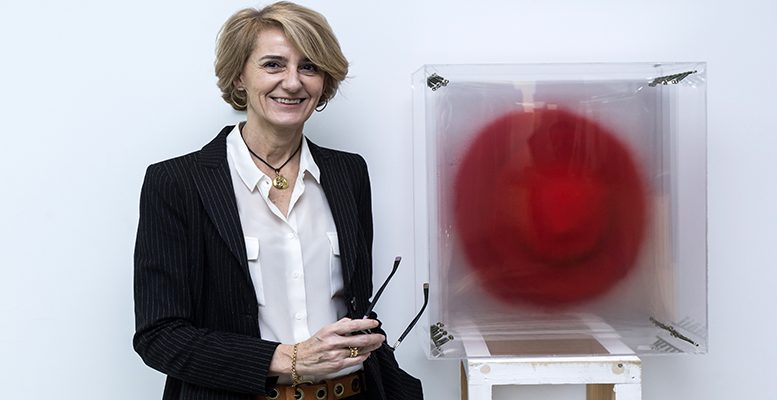 Fernando Rodríguez | Board member at Elecnor (chair of the Auditing Committee), deputy chair of the Businessmen’s Group and founding partner of the law firm specialising in M&A Argali Abogados, Isabel Dutilh explains that even though “we’ve made life complicated”, the M&A market “is very active – we have  been involved in 20 operations in the last two years – there is a lot of available cash. What is lacking are good deals.”

Q: The mergers and acquisitions market – M&A – grew 6% in Spain last year, with a total of 1.214 operations. It looks like the transactions are bigger because the volume of investment in Spain has risen by 162% to 126.066 billion euros. How do you see the market now?

A: The M&A market is very active. Last year was better than 2016 in almost every way and it’s expected that the improvement will continue. There is a lot of cash available. What we need are good deals, which are more difficult to find because, since there are not so many medium or large companies around, what private equity firms like most are consolidation or build-up operations in a sector.

Q:Apart from consolidation operations, what other kind of transactions are on the horizon?

A: As a result of the crisis, companies have deleveraged financially and the capital-debt ratio is lower. Now there is not so much financial leveraging in operations. Companies have been burnt by the barbarities and high leveraging of former times and they don’t want to take on so much debt. When they carry out transactions, they do it with their own resources. Another thing that is happening is that before, a deal was closed and financed simultaneously. This made transactions more complex, because the banks participated in the whole operation, even carrying out their own due diligence with their own lawyers. Nowadays, operations are formalised but the financing comes later, so they are closed more quickly and with less delays.

Q: Is there any differentiating factor in purchase-sale agreements in Spain with respect to other countries?

A: In Spain there are a lot of micro SMEs and for that reason it’s difficult to find operations in the mid-high segment. What we call a medium-sized company in Spain is a small company in Germany. But the businessman is becoming aware of gaining size and is looking for support from venture capital for this. Venture capital firms help companies grow and increase their internationalisation. Whatsmore, on occasions they look for external management teams to carry out buy-in deals and acquire companies to grow via a combination of organic and non-organic means.

Q: What are the legal requirements of domestic investors and, above all, international investors – who hogged 1 out of every 3 operations in 2017?

A:  Of the 20 transactions we have carried out in Argali over the last two years, the buyer has been a foreigner in over 60% of cases. They find Spain attractive. Apart from some small problems of legal security, Spain is in the EU, it’s growing and it’s a springboard to Latin America. And on the other hand, Latin America or Spain are seen as entry points for Europe. Another characteristic is that although the crisis is over, Spanish businessmen are continuing with their internationalisation.

Q: You’ve mentioned small problems of legal security. In reality, what do international investors think of this?

A: Their perception is different from that of a domestic investor. One of the problems arising from the breakdown in legal security, of which there have been some recent examples, has been regulatory changes which have affected specific investments. But this has been different for domestic and international investors, as the latter have the guarantee, thanks to international treaties regarding investment protection, that the changes in the legislation will not affect them, unlike domestic investors. Particularly in the renewable energy sector: foreign investors have been able to lodge appeals thanks to international arbitraje, but not the domestic partners who were even involved in the same operation. The same case can have different solutions depending on whether the shareholder is domestic or international and this creates insecurity.

Q: In this respect, is there a model in Europe which appeals to the Círculo de Empresarios?

A: In other countries there are organisms like the TEAC, but they are not just active in the fiscal sector as in Spain, but in other administrations. And there are also other areas where improvement is possible, like in arbitrage between the administration and citizens. The culture of arbitrage and mediation is making its mark and the EU has proposed that it should be very actively developed. It has introduced a directive which every country has implemented. And, suprisingly, Italy, which like Spain is one of the worst countries in terms of the time taken to resolve litigation – 3 or 4 years in a first instance – has a rate of some 200.000 cases resolved via mediation, compared with 10.000 in England or France. And out of these 200.000, the degree of satisfaction of the parties involved is very high. This has been achieved by introducing a measure whereby the judge obliges the parties involved to try mediation, even if just for information purposes. This is very positive for the lawyers so they can familiarise themselves with this system. It’s fantastic, not just because of the time saved, but because it extends the culture of agreement and consensus instead of confrontation.