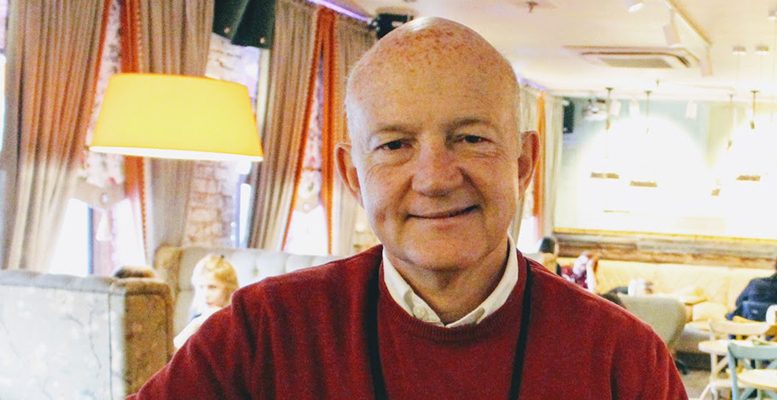 Xavier Colás (Moscow) | “They are looking at making a planned, smooth change. But this authoritarian system suits Russia very well.”

“At first, there was no law. Or it changed every year, every month. The mafia existed, and in the 1990s the biggest transfer of property in history took place: in five years, bakeries, steel industries were all handed over..and the millionaires were born. The smartest entrepreneur ended up with more and everyone was at least able to own a property, his house,” explains this Venezuelan businessman who has listed his chain of restaurants on the stock market.

Rostislav Ordovsky-Tanaevsky Blanco (1958) is Venezuelan-born but shaped by ambition and adversity in Russia. Chairman of the Rosinter Group and other companies in that country, he is the “restaurants Zar”. The man who taught the Russians to eat pizza first, then sushi, brought in all the big brands and supervises even the smallest details of his empire. In this interview, he talks about his successful career: from the decline of the USSR to surviving the ups and downs of Russia’s new capitalism.

Q: What reasons are there for choosing Russia to start up a business?

A: If you have the ‘drive’ and the strength to start, this is a country which because of its barriers has more potential than others where there is more open competition and it’s easier to break into the market. There are international companies – I am not talking about the food sector, where at the moment there are only a few – but in the industrial sector, for example, which have succeeded in entering. They are always the exceptions. The Spanish franchises, like so many international ones, have not done so well at the ‘casual dining’ level. But Inditex is there. And there are also some Italian companies, because the two countries share a love story. 140 million inhabitants still hungry for this ‘new Russia’. Although 30 years have gone by, it’s like it was a 100. The transformation is enormous: one day in Russia is like 30 days in Spain in as far as the intensity of the changes are concerned. It’s a complicated country. But the difficulties are getting less. At first there was no law. Or it changed every year, every month. You had to be very flexible. The famous mafia existed. The so-called ‘krisha’, the protection which everyone needed because the state was very weak. In the 1990s the biggest transfer of property in history took place: in five years, apartments, bakeries, taxi companies, even big steel industries were handed over. This happened in other countries, but not on this scale. That was why all the millionaires emerged: the smartest entrepreneur ended up with more. But everyone was at least able to own a property: his house. Up to 2015 the main problem was rentals. And there is a lot of black money.

Q: When you arrived, this was another country altogether. And another economy. What did you find there?

A: When I came in 1984 I used very few market research reports because the market was empty. I could have opened a Chinese restaurant and it would have gone well, but Italian food is the most universal. Although my first restaurant was actually a Spanish tavern in the Hotel Moscow, in Red Square, in 1990.  Later we focused on big brand franchises. We started up with Kodak in Estonia in 1988 and from there we went to Siberia. We brought foreign films to Moscow. We exported Russian goods. We also represented Pioneer, Aiwa and TDK. Cassette tapes sold like hotcakes…

Q: Now Russia is recovering from the crisis. How is it different from the debacle of the 1990s?

A: That crisis in 1998 was much more dramatic than the one we have just experienced. In one week the rouble fell to 6 from 36. At the start of 1998, the Russians believed they had managed to control hyperinflation. They cut three zeros off the rouble: it went to 6 from 6.000. Things are stable. But then the Asian crisis begins. Russia can’t survive. Oil prices fall and Russia defaults. We had just opened our restaurants in Siberia: Patio Pizza and Rostiks. In June 1998 we took in 400.000 dollars from two restaurants in Siberia. And in September this fell to 40.000. It was a real shock. People stopped going out.

Q: It was the moment of truth for the trail blazers in Russia, something which they don’t tell you about in the manuals.

A: You live through it and you learn from it. I had to get rid of 1.000 people in September. And I went to each restaurant and Kodak store to apologise in person and tell them that we had to close down. We had 50 foreign employees and we were left with five. But in 2000, Russia recovered in a year and half. The craze for Japanese food began and we opened 150 Planeta Sushi outlets in 10 years. It’s the biggest Japanese food chain in the former USSR. But the 2015 crisis was the worst year of my life. And there was still a lot more to lose.

Q: Is legal uncertainty in Russia a reality?

A: In the 90s, you could fall into the hands of one of the mafia groups. This happened to a few foreigners. And to a lot of Russians. Now there is some degree of legal uncertainty, but it’s either political or opportunist. There are still quarrels which originated in the past. But in general, it’s a perception which is far removed from the reality. It can still happen that some group is interested in your company and then they use the security forces to put pressure on you. But these are exceptions.

Q: Another myth is the Russians’ resilience

A. They are very resilient, they know how to adapt. They had a taste of democracy in the 1990s, and their needs increased. With the rouble’s brutal devaluation, the average Russian felt free, but at the same time associated this with huge economic decline. And now Russians prefer economic security to freedom. If they have to choose between democracy and security, they prefer the latter. The economic crisis is over, but the recovery will be slower than after the 1998 and 2008 crises. The government’s economic team has done an excellent job: in 1998 it was a ‘shock’, but in 2009 and 2015 they managed the crisis very smoothly, although there were peaks.

Q: So has Russia left the crisis behind?

A: The boom is going to take time. The country is much more pragmatic. The big booms are over, due in part to the fact that before we lived off oil prices, where there is now more equilibrium with huge world production, at between 40 and 50 dollars/barrel. And this is enough to live comfortably but not in a crazy fashion, which was the case in Russia in the three previous booms.