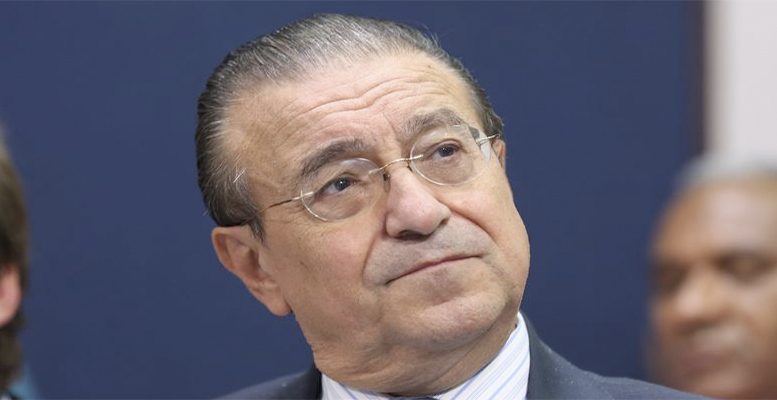 Fernando Eguidazu former Spanish Secretary of State for the EU.

“European legislation does not allow for the waivering of debt, so the conditions are going to be modified in such a way that Greece’s debt will not generate any revenues but it will appear on the books. There can be no waivering so it remains there. There is no economic impact. It will be no more than an accounting entry,” says Spanish economist Fernando Eguidazu, as he leaves his Foreign Office post of Secretary of State for the European Union.

Question: To what extent are the discussions heated in Europe over Germany’s trade surplus?

Answer:  They are not heated. It’s an issue which is not officially talked about. There is an important academic debate and some complaints from the southern European countries. Some spoke out more strongly than others, like Renzi, about the fact that the EU needs fiscal stimuli and that we cannot live off monetary policy as it has reached its limit. Fiscal stimuli are needed and the only country which can provide them is Germany, because Spain, Italy and France have a lot of debt. But they don’t want to do this and, furthermore, we are in an electoral year. From now on, everything is conditioned by elections in Germany, France…

Q: Why would it be unpopular for Germany to adopt a more expansionary policy, taking into account, for example, that it needs to remodel its infrastructures?

A: Because they don’t want to be expansionary. Their measures are more aimed at increasing the mínimum wage, the famous mini jobs…German workers earn little although it’s a rich country. There are a lot of unstable jobs. It’s beginning to be noticeable that its infrastructures need smartening up. And the country is not really growing much, a little over 1 percent. So this would suggest an expansionary policy but the CDS is more a lover of orthodoxy, balance, savings. It will depend on the electoral campaign.

Q: The Italian situation is difficult to interpret but Dijsselbloem was full of praise for the capacity of that country’s economy. What might be behind this?

A: Italy has two very big problems: a public debt which is 130% of GDP and its banks are in a shocking situation. The sector needs recapitalisation. MPS needed 5-6 billion euros and it has managed to raise 1 billion. In line with bank restructuring legislation, those who would have to support the adjustment before a public bailout was implemented would be thousands and thousands of small investors. And this has serious political consequences. And politics are an unknown. I think it would have been a very good idea for someone like Padoan to be prime minister, but this would not have necessarily meant stability.

Q: Greece: After seven years, the aid programme is not working. Will it be revised?

A: Greece’s problem is basically economic, but the EU has a political problem: citizen disaffection. Up to now there has never been such a high rate of rejection. It’s not the majority, but it is significant. People don’t perceive the added value the EU has given us up to now – security network, democracy and rule of law, the disappearance of the Shengen frontiers, the single currency, the Erasmus programme…And the impression is that Brussels is a stepmother. Nowadays, a large amount of issues are resolved by a qualified majority and not unanimously, but a qualified majority is not an excuse for not trying to reach an agreement.

Q: Precisely for this reason one believes the Greek situation can be solved. And that also taking seven years to sort the matter with one of the smallest EU member countries shows the complete incompetence of European politicians at the moment…

A: I am not going to say that Greece is a failed state, but it does have serious structural deficiencies. That said, we have been living through a period which is a bit difficult to understand, where Greek and German public debt was being issued with the same interest rate. What is clear is that Greece cannot pay its debt and will never pay it. There needs to be an acquittance. At the moment, the private part of the debt free of acquittance is very small, the lion’s share of Greece’s debt is institutional, European. And European legislation does not allow for waivering of debt. What they are going to do now, and it should have been done seven years ago, is to modify the conditions in such a way that the debt will be practically waivered: extend the maturities, reduce interest rates to practically zero and establish decade-long grace periods. What needs to be done is for Greece to restructure its economy so it can stop asking for money. So when this bailout is completed, there is not a fourth one

Q: So the EU is not going to get any money…

A: No. The debt will not generate any revenues but it will be on the books. It can’t be waivered so there it remains. There is no economic impact. It will be an accounting entry.

Q: Six months after the referéndum and we still don’t know what Brexit will be like…it’s obvious that Brussels cannot afford to let the investment banks leave…

A: What all British people say is that the only politically acceptable way for the UK not to leave the EU is to hold another referendum…As far as the European passport goes, a clear case is that of central counterparty clearing houses. The UK banks handle 80% of interest rate compensations. Two or three years ago, the ECB laid down that they had to have headquarters in a eurozone country because they have access to liquidity in euros and so they need to be supervised. The UK filed a complaint about this with the European Court of Justice and won because they said that the priority was the free movement of services. But this was within the framework of the single market. If you don’t belong to that, central counterparty clearing houses will inevitably come to Europe. And with regard to the rest of the banking services, what the banks say is that they can’t go on with everything up in the air. I don’t believe they are saying this to apply pressure. And not so many are going to leave either. The calculations are for between 70,000 an 100,000 employees out of a million in the City. Because what has to remain in Europe is what can be supervised, the books. What is going to leave are taxes, and that’s the big thing.