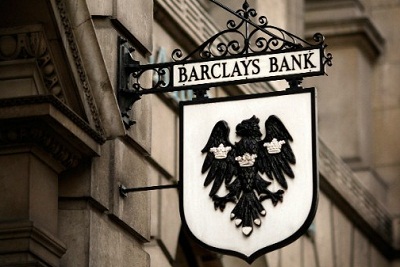 LONDON | Morgan Stanley recently estimated that liabilities in fines and damages could amount to as much as $22 billion against the dozen banks allegedly involved in Libor-rigging. No one knows. The dimension of the case could scale up once brought to the courts of justice and the spillover on the markets would be extremely difficult to contain.

The risk is all too evident. For instance, when Barclays was sentenced to a $456-million payment by US and UK authorities, the bank’s market capitalisation fell some £3.5 billion. That was more than ten times the sum of the reparation. That day, Barclays was deemed an uninvestable bank.

At this stage, the consequences of the investigation into how the London interbank lending rates were fudged aren’t exactly foreseeable. The volume of financial products, from retail mortgages to derivatives, referenced to Libor is staggering and approaches hundreds of trillions in market value. But the affair will surely affect how the UK and US banks are regarded by the markets. Among other reasons, because the Libor scandal comes on top of other fresh accusations of rogue practices and abuses.

The City has taken note. This week, Alan Thein, fund manager at Legal & General, warned clients about the politics side in the Libor-rigging findings.

“With policymakers around the world wanting to extract their pound of flesh,” Thein said, “the banking sector remains uncomfortably in the lime light, something probably not helped by JP Morgan’s revelation at the end of last week that its large trading loss in its chief investment office, originally stated as being of the magnitude of over £2 billion, had now swollen to almost three times that size at £5.8 billion with the potential that this could rise even further.”

JP Morgan sees now itself under increased regulatory scrutiny and also under the FBI’s watch, and its share buyback programme remains suspended (it was halted in May to preserve capital, when the trading loss first came to public light). And then, there is the money laundering imputation haunting HSBC.

If governments in the US and the UK were in need of an excuse to appease the public indignation, they already have a good few. Anglo-Saxon banks have done a poor job in defending their position, to the extent that they may run into their euro zone counterparts’ naughty spot in less time that their CEOs presume. As the BlackRock Investment Institute said today, the second half of 2012 will be dominated by three factors: politics, politics and politics. Banks misbehaving make for the perfect sacrificial victim.

City funds are worried. Schroders’ Kevin Murphy this morning reminded investors that they shouldn’t let these clouds influence their views:

“Over the last three or four years, the UK banks have been making some steady progress. It may often have felt like two steps forward and one step back, and occasionally like one step forward and two steps back, but they have repaired capital, improved profitability, jumped through all manner of regulatory hoops and endured a great deal of political scrutiny,” Murphy said, “not least as a result of the report from the Independent Commission on Banking.”

“That political scrutiny, which now looks set only to grow even more intense, appears to have been the last straw for the market, which feels it cannot invest in banks because of the associated headline risk.”

If only European Union officers took some timely decisions on the euro zone’s banking sector sanitation, the Anglo-Saxon entities would be confronted with real trouble.

Be the first to comment on "Will Anglo-Saxon banks steal spotlight from the euro zone’s?"