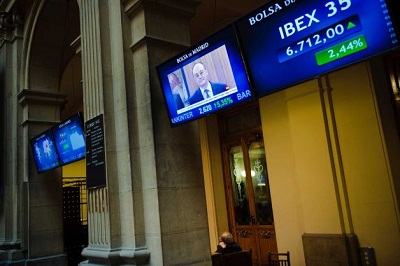 MADRID | Words containing the Latin suffix “tio” tend to raise passionate sentiments. Just think of “revolution” or even “Constitution”, a rather harmless expression nowadays that fuelled bloody rifts in the 19th century. Banking “resolution” is leading to similar high-pitched controversies. Not to mention “liquidation”, a reference readily subject to censorship as the Bank of Spain governor has recently discovered.

The recommendation to ensure his full independence apparently will have to wait for better times. A bad omen for governor Luis M. Linde, openly reprimanded by the government for daring to name one of the potential outcomes unviable entities might face. A most baffling incident, as this possibility will be expressly endorsed by the memorandum of understanding that sets the framework of the Spanish banking rescue.

As it happens to every highly sensitive issue, a common-sense approach might defuse much of this rather artificial wrangle. In ordinary firms, bankruptcy proceedings aim to provide some breathing scope by temporally freezing liabilities. If the company suffers from liquidity strains, this helping hand is likely to save the day and benefit creditors. But banks cannot indulge in a similar conduct, full liquidity of their liabilities lying central to the value they create. Moreover, asset liquidation also harms that value as reliable relations with debtors are vital to this industry. Not to mention the systemic effect individual failure bears on the financial system as a whole. That’s why intervention of ailing entities followed by extensive restructuring stands as the best recipe.

But preventing the worse from happening requires substantial loss absorbency cushions to ring-fencing this activity from potential trouble. Increasing capital resources seems the obvious answer. Yet, this onerous move might fail to raise a secure firewall able to face severely stretched conditions. That’s why resolution mechanisms play such a key role in buttressing solvency. Forcing junior creditors to bail-in enlarges the defence trench at pre-set and transparent conditions both for creditors and the ailing bank. Requiring banks to hold a sizeable share of unsecured liabilities subject to potential haircuts also brings extra resources in case of need.

It seems obvious that investors lending money in exchange for such securities should be well aware of the degree of risk they run. Pricing these resources would closely mirror each bank’s exposure and contribute to avoid further nasty surprises. An effective resolution bumper could in most cases take the brunt that otherwise falls on defenceless taxpayers. It would also help to enhance solvency without resorting to capital holdings beyond reasonable limits. The sooner a comprehensive resolution scheme is introduced, the quicker solvent entities would decouple themselves from a nasty environment hitting alike good and bad performers.

Be the first to comment on "De-dramatising Spanish banking resolution"