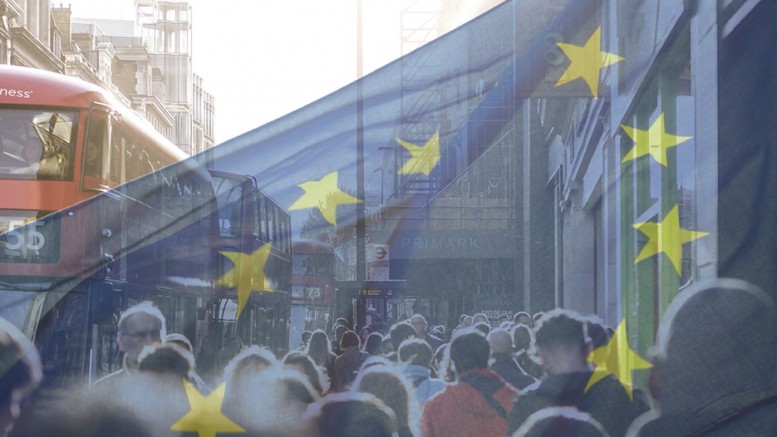 “It’s an approximation,” said Stuart Rose, former Marks & Spencer chief executive, when members of the Parliamentary Commission asked him for a figure during the March 2nd session: 3,000 pounds is the amount that the pro-European Union group estimates each family would lose if the British vote to leave the European club. Those from Britain Stronger In Europe (BSIE) also argue that the EU card represents between 4% and 5% of the island’s GDP. “You and BSIE lead your campaign with those numbers,” said one of the commissioners, “but most economists claim it is intellectually dishonest to use them.”

Rose’s answers are now circulating on social media as a sign of the lack of scruples of the pro-EU camp to intimidate voters and support the ‘In’ choice of Prime Minister David Cameron. The debate has started at a delicate moment. While the pound has dropped against the euro and the dollar, the UK Construction Purchasing Managers’ Index fell 0.8 in February to 54.2, indicating some economic growth but not enough to raise interest rates.

Swiss bank UBS says there is only one possible path for sterling, at its lowest levels since 2009 ($1.39 and €1.27), if the ‘Out’ campaign wins: down to parity with the euro. And before British exporters get excited, it warns that the costs will be much higher than the benefits of a weak pound. Not to mention how it would affect investors’ appetite, already diminished, with the shortage of corporate bond supply in pounds.

Surveys indicate a tight scenario in which the pro-EU side loses by a narrow margin. “It’s a matter of psychology,” says an American banker based in London since the late 90s. “They have been decades using the EU as a scapegoat for their problems of excessive regulation, arbitrary taxation, lack of transparency and the erosion of the democratic system in general. So now, the ‘Out’ supporters hardly need to make any noise. Cameron is the one who must prove the opposite.”

“It’s ironic that a minority part of the Conservative Party has succeeded in imposing this referendum on the whole country,” says a French banker and head of the high-yield bond department. “The UK ended up in the EU to defend itself precisely from the kind of economic cataclysm that the referendum could trigger.” The impression in Europe’s financial centre is that the economy is appearing less and less in the discussions. Percentages are exchanged as thrusts, but their impact is infinitely lower than the gestures from each side of the party in government.

The only thing that upsets the British people’s insular mentality in supporting the ‘In’ or ‘Out’ are the clashes between Cameron and his eternal rival, the mayor of London, Boris Johnson, leader of the kingdom’s sovereignty against the ‘Germanic’ continental EU. However, whatever the outcome of the referendum is, the internal dynamics of one of the most competitive economies in Europe remain unchanged.

The Big Data and the Internet of things could generate up to 322 billion pounds in the next four years, according to the Cebr. Data analysis. Banks, investment funds and telcos in particular could increase 67%… Traditional companies react as well. “The decision on whether to stay in the EU or not is for British voters to decide on in June. However, as a wholly-owned BMW Group company, it is important for all Rolls-Royce Motor Cars employees to understand the view of our parent company. The BMW Group believes that the UK is better as a member of the EU than it would be outside it.” It is war.