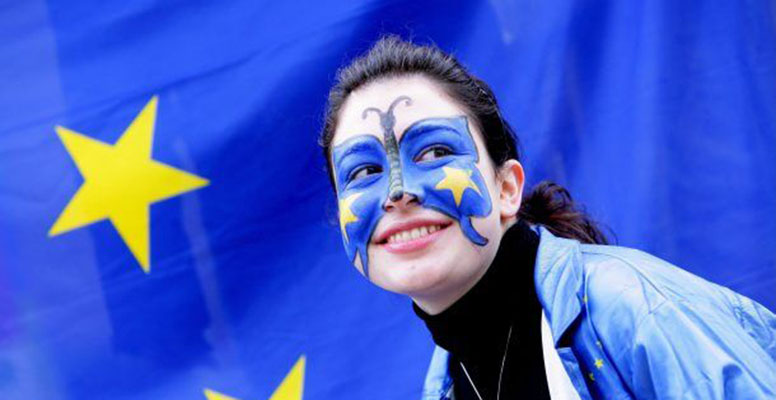 JOHN BRUTON | We are in a time of war—not in Europe itself, but close enough to its borders to have led to massive outflows of refugees into the continent. The situation was described at the EPP Congress as the “most serious crisis for the European Union since its creation.” This is not an exaggeration.

The refugee crisis has reached an unprecedented level, because the Syrian and Iraqi conflicts are at a ferocity and intensity not seen since World War II; up to 300,000 people have been killed in the Syrian Civil War alone.

Most of these people are not coming to Europe for economic reasons, or because they are on a mission of any kind, but because they are in fear of their lives. They are seeking refuge. They are the human embodiment of the price of war. Their plight is a human manifestation of what the voluntary European Union (EU) was created to avoid in Europe itself: war.

If the EU is facing its most serious crisis ever, it is important that we keep a sense of historical perspective. Only then can we realize how much is at stake.

Over the past 2,500 years, Europe has tried various methods to create internal security on the continent. The idea of European political unity of some kind is not something new. It was achieved, initially by force, in the form of the Roman Empire. As it was created by force, its unity also had to be maintained, from time to time, by force.

When it came to an end, there was a dramatic collapse in living conditions because Roman money—as a continent-wide means of exchange—and access to silver to make it, was lost. Living standards in Britain, for example, fell dramatically in the 5th century. There are lessons in this story for the 21st century.

Later, from the Middle Ages up to the Reformation, there was a form of unity in Europe when, apart from his religious duties, the pope exercised a role of arbiter between European states—analogous to that of the European Court of Justice, combined with elements of the United Nations.

Even after the Reformation and the Thirty Years’ War, a form of unity in part of central Europe persisted in the continuance of the Roman Empire, until it was dissolved by Napoleon, who attempted to impose his own form of secular European unity by force of arms.

When Napoleon failed at Waterloo in 1815, Europe entered the era on nation states, supposedly based on absolute national sovereignty and the balance of power. That era ended in the holocaust of two World Wars, the last of which was preceded by an economic crash and the collapse of democracy across the continent.

The return to unity as the goal

In response to that failure, something entirely new was attempted: A union of European states held together not by military force or even by religious sanction, but by a free and voluntary pooling of sovereignty, based on freely agreed rules. That is the European Union of today.

There is much to criticize about the EU, but we should not lose sight of the bigger picture. The union has attracted a stream of new member states—starting with six, it now has 28. Other federal unions and confederations, in different parts of the world, have not had that experience. The EU has created a single market of 500 million consumers; although some barriers still remain.

The EU has come through an economic collapse in Europe, similar to the one that occurred in the 1930s. But in contrast to the 1930s, democracy has been preserved in Europe, protectionism and competitive devaluation have been avoided and European states are still at peace with one another.

Now, just as it has begun to put in place a banking union to underpin its currency, and fiscal rules to ensure this generation does not rob the next by excess borrowing, the EU now faces a challenge for which it seems quite unprepared: a flood of refugees fleeing war in their own countries (Syria, Iraq, Afghanistan and Eritrea) and impossible living conditions in the host countries they originally sought refuge (Lebanon, Jordan and Turkey)—nations that have so many refugees they cannot cope with them.

In an ideal world, one would say the refugee crisis is a global one, and all the countries of the world should come together to receive them on a shared basis. But this is not going to happen. They are heading for Europe.

Controls on the movement of people across Europe’s external borders, notably between Greece and Turkey, have broken down. As a result of that failure, barriers are now being re-erected between countries within the EU, undermining one of the freedoms on which the EU is based: the movement of people.

If this persists, one could see it leading to interference with the freedom to move goods across Europe too. This is an existential challenge.

But a pooling of sovereignty can only work if states are able and willing to exercise the sovereign powers they have, one of which is controlling their portion of the EU’s external border. So, the next step will be a major EU border force, as well as EU reception centers where those who qualify as refugees can be separated from those who do not, with the latter being sent home.

Those who are refugees will need to be shared among all 28 EU member states, which will not be easy as living standards vary within the European Union and refugees themselves will want to go to the more prosperous countries. That said, a majority of them will probably want to go home to their own countries if peace can be restored.

Too slow applying the lessons of the financial crisis

Meanwhile, the EU is moving too slowly in applying the lessons of the financial crisis. Most money in use does not consist of coins or notes, but bank credit of one kind or another. So, a currency union without a banking union never made sense.

We have some elements of a banking union now—a single supervisor for most European banks and a common EU rule for winding up banks. But these have not been tested yet. That test will come when the EU has to close down a bank in a member state, imposing losses on bond holders and even customers. Will EU authorities have the political capital to do that?

It will be particularly hard to do because Germany has resisted the idea of a common euro-wide deposit insurance system that would spread the losses. The burden will fall solely on the country in which the bank is being closed down. That is not politically viable—an EU institution closing down a bank it had supervised, and that state alone bearing the depositor insurance costs.

There may also be problems with the fiscal rules designed to reduce the debt levels of EU states. These debts are just about bearable now, but if interest rates returned to normal levels, what would happen? For example, the proposed Italian budget for next year, which should be reducing the deficit, is actually increasing it. That may make sense in the context of Italian politics, but it undermines the rules, in the same way that France and Germany undermined them ten years ago.

Europe does not need to create a complete political or economic union to solve these problems. That is politically impossible. But the European Union does need to come to a shared pragmatic understanding on all these problems, and it needs to think out a long-term plan that serves the interests of a very diverse group of countries in a fair and speedy way.

Meanwhile, the EU must deal with the UK problem

At a time when the EU is grappling with its own existential issues, it has to deal with one member state that wants to reconsider whether it should remain in the EU—the United Kingdom.

While Polish and Baltic state populations are being asked to accept refugees to relieve the pressure on Italy, Greece and Germany, it will not be easy to persuade them that their citizens should receive less in social work benefits in Britain, when the UK is exempt from taking any refugees.

If the UK wants to be exempt from paying any costs of future EU banking failures, it is hard to grant it a veto over rules that might be designed to prevent such failures. On the other hand, British demands for a speedy conclusion of the Transatlantic Trade and Investment Partnership (TTIP) with the United States, and for a completion of the long-delayed EU single Digital and Services Markets, are a big opportunity for Europe. They should be grasped with both hands.