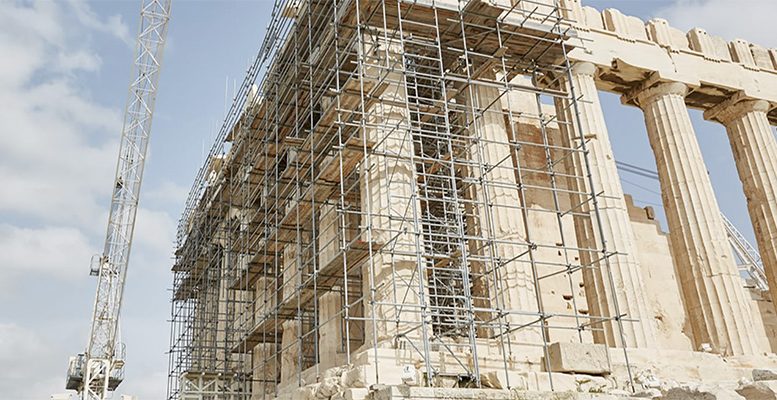 Yiannis Mouzakis via Macropolis | The component of Greece’s gross domestic product (GDP) that experienced the most precipitous collapse during the crisis was investments.

At its peak in the third quarter of 2007, gross fixed capital formation represented more than quarter of Greek GDP, at 27.4 percent. By the second quarter of 2015, it had plummeted to just 10.5 percent. It partially recovered to nearly 15 percent at the end of last year but in the latest quarter of 2018 it dropped again to 10.8 percent.

In real terms, investment spending stood at 17.24 billion euros in the third quarter of 2007, but hovered at just above 5 billion in the latest quarter of this year. Reviving investments in Greece has become the Holy Grail for the local political establishment and an ongoing goal for the European institutions and international organisations that monitor the Greek economy. Investment spending has a strong multiplier effect as each euro spent on investment boosts household consumption and the economy’s overall growth.

Last week, the Greek government announced a new initiative for investments with the aim of creating a more attractive and effective legal framework for investors, offering a wide range of benefits including speedy procedures, transparency and a stable tax regime.

Greece’s main opposition party is pitching itself as the solution that Greece needs, arguing it is more market-friendly and will attract investment from abroad as well as encouraging more domestic investment spending.

Earlier this year, speaking at the Greek industrialists’ conference, conservative leader Kyriakos Mistotakis set himself a goal of growing investments by 100 billion euros over the coming years so Greece can reach a nominal growth rate of 4 percent.

The main stakeholders in domestic politics appear to agree that investments should have a more prominent role in Greece’s recovery, helping to return Greek economic activity to its pre-crisis levels.

When construction was king

Greece experienced a strong period of investment spending growth in the run up to the 2004 Olympic Games, a period that also coincided with the early years of euro adoption in 2001.

Construction had the prominent role, with spending on dwellings and all other types of construction represented 70 percent of total spending. This was dominated by house building, which ranged between 30 and 45 percent in the period up to the Games in 2004. In nominal terms, spending on house building was below 2 billion euros in the mid-90s; by the third quarter of 2004 it had risen to just under 5.5 billion euros. In the third quarter of 2007 the figure had exceeded 8 billion euros, having quadrupled in just over a decade. Greeks had long regarded property as an investment that preserves value compared to the quickly depreciating drachma during the decades of high inflation. The euro adoption did not just bring abundant liquidity for Greek banks, it also brought lower rates that made mortgages cheaper and the purchase of property more affordable.

The mortgages provided by the Greek banking system in 2003 were worth 23 billion euros. By 2010, this had reached more than 81 billion euros. Then, as Greece started going into its crisis the construction industry was hit the hardest.

By the time Greece signed its first adjustment programme in May 2010, spending on building homes was already down to just over 3 billion euros, at just 4 percent of GDP.

The value stabilised in the region of 2.5 billion euros for five quarters. Then came the second collapse in spending, which fell to approximately 1.3 billion euros during 2013 before the final decline that led to spending settling at under 300 million euros, or 0.6 percent of GDP. The eurozone average in 2017 was 5.2 percent of GDP.

In essence, over nearly a decade the construction of homes in Greece evaporated.

Considering the ferocity of the crisis that the country experienced, investment spending in other categories held up well under the circumstances.

Total machinery investment, which includes spending on transport, equipment, information and communications technology and weapon systems, has dropped from 5.8 billion euros in third quarter of 2007 to 3.1 billion in last quarter of 2018, standing at close to 7 percent of GDP, from nearly 10 percent in the 2007 peak.

In fact, investment spending in other construction and machinery is in steady recovery since the lows it experienced between 2013 and 2015. These crisis shifts have altered the composition of spending dramatically. Total construction in the latest quarter of this year stood at 34.4 percent of the total, from nearly 60 percent at its peak in 2007. Equally, total machinery now dominates gross fixed capital formation having jumped from 33 percent of the total to 52 percent.

While Greece’s political leaders pursue higher investments in an abstract world, in reality spending on buildings and other structures is on the rise, companies are renewing their transport and car rental fleets, and firms are investing in new equipment to keep production efficient and up to date.

The numbers suggest that although a market-friendly and stable environment is welcome for all types of economic activity, it is was domestic and foreign demand for products and services and, critically, apparent political stability that formed the necessary conditions for Greek businesses to respond and increase investments.

Also, any pursuit of investment should take into consideration the role of house building in the pre-crisis performance. The conditions that led to the property boom from the late 90s to the summer of 2007 will be impossible to replicate, especially given Greek banks’ impaired ability to finance while they are dealing with the issues of non-performing loans.

The banks have deleveraged significantly since the crisis onset and mortgages now stand at 57 billion euros, with a decent chunk of those not being serviced. The non-performing exposure in residential loans stands at nearly half the loans at 48 percent.

Taking all this into account, it is clear that vague promises of attracting investment or making conditions friendlier for investors are not enough to move the needle. Greek leaders will have to show they understand where investment can come from and how it can affect growth if they are going to have any noticeable impact on moving the economy forward.