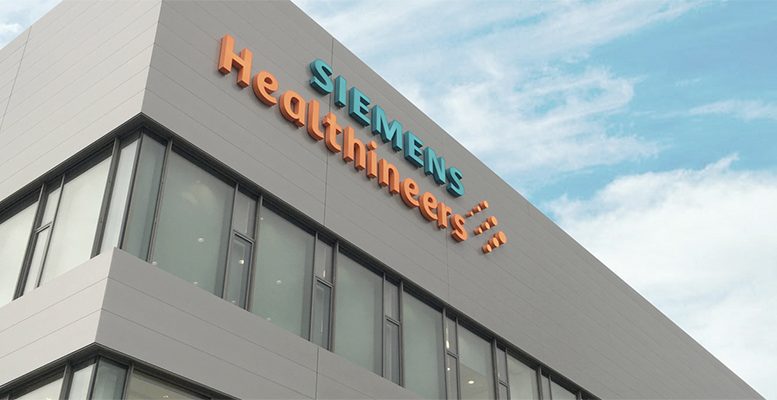 Shares in Siemens health division, Healthineers, made their stock market debut last Friday (delayed due to technical problems) at 28 euros each, closing at 30,20 euros, implying a revaluation of close to 8%. They are trading at 32,04 euros/share today, Wednesday.

With its IPO of 15% of Healthineers, Siemens raised €4.2bn, in the middle of the range which was bandied around (between €3.9bn and €4.65bn). Bankinter believes that “with this operation, the parent company Siemens aims to crystalise the value of its subsidiary and give it the capacity to obtain resources in the case of hypothetical purchases and/or mergers.”

Unfortunately, Alphavalue’s experts think that a takeover of the company, which might imply a higher valuation, “will be difficult in the future.”

The stake of the major shareholder, Siemens, and the introduction of registered shares will make it difficult for it to be acquired. We expect Siemens’ management to follow a similar strategy as already experienced with the merger of Siemens Renewable Energies with Gamesa.

According to the prospectus, the offering is also intended to lay the foundation for future profitable growth and the expansion of its leading market positions. Management is hoping to shape actively the paradigm shift in the health care industry.

Management is planning a payout ratio between 50% and 60% of the group’s net income based on IFRS and not on adjusted figures. Assuming a net income of around €1.2bn,  Alphavalue point that the total dividend payout will reach around €676m, or €0.68 per share.

Based on the average IPO price, the dividend yield will reach 2.4%, or 2.2% based on €31 which looks quite attractive.

Regarding to debt, Siemens’ reached a ratio of net debt of around €8.18bn to EBITDA (€2.87bn) which means 2.8x and is expected to reach 1.5x after the offering. Following the offering, net debt will be reduced by c.€4.3bn according to the prospectus. Total debt related to Siemens reached €12.76bn and cash and receivables to Siemens €4.58bn at the end of September 2017. Furthermore, Siemens transferred pension plan assets of €780m as of January 2018 to the Siemens Healthineers Trust. Consequently, Alphavalue’s analysts comment that net defined benefit balance liabilities have already declined from €1.73bn to €952m.

Assuming net IPO proceeds of around €4.53bn, net debt will be reduced to €3.65bn. Taking the new net debt/EBITDA ratio of 1.5x into account, EBITDA should reach at least €2.43bn in the current financial year. In 2017, EBITDA already reached €2.87bn.

Siemens is immersed in a restructuring process to become a holding company. So it is being very active on the corporate front and recently announced the merer of its railway business with Alstom and did the same with its wind turbine division and Gamesa.

On the other hand, this IPO opens up the season for other operations scheduled in the German market, like those of Deutsche Bank’s fund management arm, the editorial SpringerNature, the property firm Godewing and the clothing retailer Takko and home furniture retailer Home24.