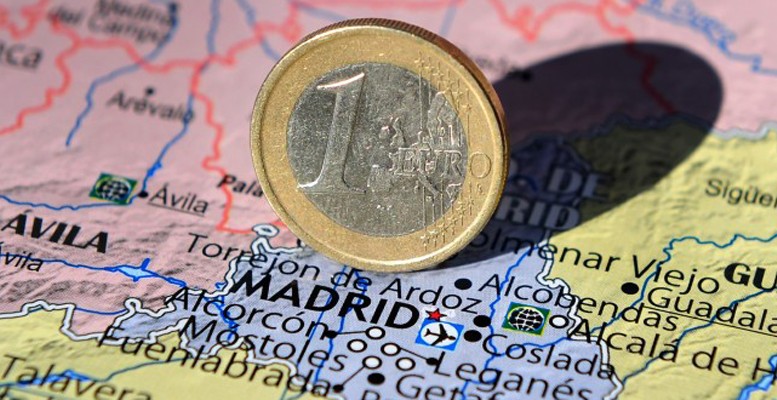 I was asked to write a piece on whether we should continue to study the EMU (my answer is yes. In case you wonder, this is called vested interest). One section of it can be a stand-alone blog post: Here it is, with just a few edits:

While in the late 1980s the consensus among economists and policy makers was that the EMU was not an optimal currency area (De Grauwe, 2006), the choice was made to proceed with the single currency for two essentially opposed reasons: The first, stemming from the Berlin-Brussels Consensus, saw monetary integration, together with the establishment of institutions limiting fiscal and monetary policy activism, as an incentive for pursuing structural reforms and converging towards market efficiency: as the role of macroeconomic management was believed to be limited, giving up monetary policy would impose negligible costs to countries while forcing them, through competition, to remove growth-stifling  obstacles to markets.

Another group of academics and policy makers, while not necessarily subscribing to the Consensus, highlighted the political economy of the single currency: Adopting the euro in a non-optimal currency area would have created the incentives for completing it with a political union: a federation, endowed with a common fiscal policy and capable of implementing the fiscal transfers that are required to avoid divergence. In other words a non-optimal euro was seen as just an intermediate step towards a real United States of Europe. A key argument of the proponents of a federal Europe was, and still is, that fiscal transfers seem unavoidable to ensure economic convergence. A seminal paper by Sala-i-Martin and Sachs (1991) shows that even in the United States, where market flexibility is substantially larger than in the EMU, transfers from booming states to states in crisis account for almost 50% of the reaction to asymmetric shocks.

It is interesting to notice how the hopes of both views were dashed by subsequent events. As the theory of optimal currency areas correctly predicted, the inception of the euro without sufficiently strong correction mechanisms, triggered a divergence between a core, characterized by excess savings and export-led growth, and a periphery that sustained the Eurozone growth through debt-driven (public and private) consumption and investment.

Even before the crisis the federal project failed to make it into the political agenda. The euro came to be seen by the political elites not, as the federalists hoped, as an intermediate step towards closer integration, but rather as the endpoint of the process initiated by Jean Monnet and Robert Schuman in 1950. The crisis further deepened economic divergence and recrimination, highlighting national self-interest as the driving force of policy makers, and making solidarity an empty word. As we write, the Greek crisis management, the refugee emergency, the centrifugal forces shaking Europe, are seen as a potential threat to the Union, rather than a push for further integration as it happened in the past (Rachman, 2015).

The Consensus partisans won the policy debate. The EMU institutions, banning discretionary policy, reflect their intellectual framework; and the policies followed (more or less willingly) by EMU countries, especially since the crisis, are the logical consequences of the consensus: austerity and structural reforms aimed at increasing competitiveness and reducing the weight of the State in the economy. But while they can rejoice of their victory, Consensus proponents have to deal with the failure of their policies: five years of Berlin View therapy has nearly killed the patient. Peripheral countries’ debt is still unsustainable, growth is nowhere to be seen (including in successful Germany), and social hardship is reaching unbearable levels (Kentikelenis et al., 2014). Coupling austerity with reforms proved to be self-defeating, as the short term recessionary impact on the economy was much larger than expected (Blanchard and Leigh, 2013), and as a consequence the long run benefits failed to materialize (Eggertsson et al., 2014). It is then no surprise that in spite of austerity and reforms, divergence between the core and the periphery of the Eurozone is even larger today than it was in 2007.

The dire state of the Eurozone economy is in some sense the revenge of optimal currency areas theory, with a twist. It appears evident today, but it was clear two decades ago, that market flexibility alone would never suffice to ensure convergence (rather the opposite), so that the Consensus faces a potentially fatal challenge. On the other hand, the federalist project, that was already faltering, seems to have received a fatal blow from the crisis.

The conclusion I draw from these somewhat trivial considerations is that the EMU is walking a fine line. If the federalist project is dead, and if Consensus policies are killing the EMU, what have we left, besides a dissolution of the euro?

I conclude the paper by arguing that two pillars of a new EMU governance/policy are necessary (neither of them in isolation would suffice):

I know, more easily said than done. But I see no other possibility.