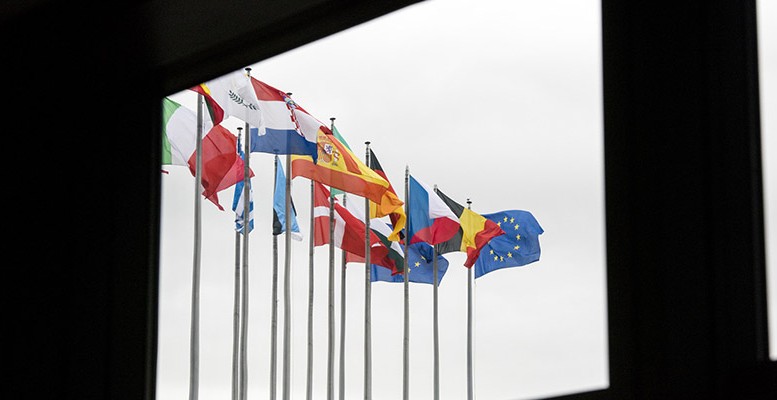 Maxime Larivé | With the rise of the far-right, national politics will certainly have their say on international relations in Europe. It has become routine for analysts to identify issues and threats that may occur throughout the next 12 months. And every time, experts underline how futile such an exercise can be.

Regardless of the many unexpected and unpredictable issues, this article highlights the most pressing issues facing the European Union (EU). If 2015 was the year of multilateralism, 2016 will be quite as challenging.

Here are some issues that will live on in 2016.

Domestic politics could have a major impact on international relations. In Europe, both right- and left-wing populists are going nowhere and will continue to influence their countries’ policy throughout the EU. In the case of France, 2016 will affect the outcome of the 2017 presidential race.

In Poland, the new far-right government of the Law and Justice Party is playing with fire since its recent election. The new government is cracking down on state media in order to stop “criticism” of the government. This move follows previous actions to limit judicial opposition, while government agencies have been filled with political appointees.

Once seen from Brussels as the success story of the 2004 enlargement of the European Union, Poland’s new conservative government wants to “fix” Polish society. One reason for such a radical political shift was the increase of inequalities despite economic growth. “The hour,” writes Jean Quatremer in a dark article, “is at the defense of the most narrow, immediate, and illusory national interests.”

France and other western European countries have been dealing with successful and less-successful terrorist attacks. The two attacks of January and November 2015 in France have changed the national debate and are directly challenging the core values of the republic. The current discussion taking place is shifting French politics toward the far-right, with talk of removing citizenship from alleged terrorists. In other EU countries, including Belgium, the threat of homegrown terrorism is a real problem threatening to create a divide within societies.

In the 1970s, Europe had to deal with far-left terrorism. Today, it is Islamist terrorism. Fighting terrorism is a complex task that requires a multilevel approach: securing the homeland and destroying the Islamic State.

At the national and continental levels, EU member states will have to deepen the degree of cooperation and information-sharing between intelligence services and police forces. This will require greater integration.

At the regional and international levels, France will need military assistance from its EU partners. Paris has already asked for assistance when calling for Article 42.7 of the Treaty of Lisbon, known as the mutual defense clause—it’s the EU version of Article 5 of NATO.

The mutual defense clause states: “If a Member State is the victim of armed aggression on its territory, the other Member States shall have towards it an obligation of aid and assistance by all the means in their power, in accordance with Article 51 of the United Nations Charter. This shall not prejudice the specific character of the security a defence policy of certain Member States. Commitments and cooperation in this area shall be consistent with commitments under the North Atlantic Treaty Organisation, which, for those States which are members of it, remains the foundation of their collective defence and the forum for its implementation.”

The question of European defense will remain in 2016 as the European External Action Service will release its strategic document later this year. In addition, France has been fighting wars on many fronts in the Central African Republic (CAR), the Sahel, Iraq and Syria. The topic of European defense is clearly not going anywhere.

Migrant Crisis and Integration of Refugees

In December, the International Organization for Migration announced that over 1 million migrants had reached Europe in 2015—more than four times the number in 2014.

Last year, the refugee crisis was a leading issue in Europe. With the wars in Syria and Yemen, and instability in Iraq, Libya and the Sahel, the number of refugees seeking a better future in Europe will continue to grow.

No major policy changes—apart from minimal domestic policies seeking to respond to domestic fears—have been made or are even in the drafting stage. Europe is confronted with the most pressing crisis of the 21st century to date, and it has adopted the status quo as a policy choice.

Questions related to the integration of refugees through housing, education, health care, employment, religious freedom and so on are not being asked. It is central for European countries to work on integrating these refugees in the best way possible.

In the case of Germany, Chancellor Angela Merkel is facing a backlash following mass sexual assaults in Cologne on New Year’s Eve. Merkel will encounter serious problems in trying sell to her citizens that Germany has the “moral responsibility” to welcome refugees. This should be one of the main policy reflections for 2016.

On New Year’s Eve, Russian President Vladimir Putin announced his country’s new security strategy. In this document, Russia identifies NATO and the United States as direct threats to Russian national security. This is worrying in light of the upcoming NATO summit in Warsaw in mid-2016.

With the publication of this document, there are a few things to bear in mind. First, Putin wants to make Russia a “great nation” and has started by identifying its enemies: NATO and the US. Second, how can cooperation between the West and Russia take place in order to solve the Ukrainian and Syrian crises? Third, is Putin trying to influence foreign policy in the US presidential race?

Europe and the surrounding region are up in flames. Russia invaded and annexed Crimea in 2014, while separatists have been fighting in eastern Ukraine ever since. In Syria, Russia is going the extra mile in order to protect its ally, Syrian President Bashar al-Assad. The Kremlin is back on the block in the Middle East.

The diplomatic fallout between Turkey—a NATO member—and Russia is part of the complex regional picture. The use of airpower over Turkish territory, resulting in the destruction of a Russian fighter jet, will shape politics in 2016 and could make the situation even more volatile.

The economic situation of the EU is not the most promising outlook for 2016. Based on the latest numbers released by the World Bank, the GDP growth of the European Union may be going up, but it certainly remains at a very slow pace. The rate as of 2014 was roughly 2% growth as illustrated by this graph.

Over the last six years, the Greek crisis was on the menu of economists, and it is not going away anytime soon.

In 2015, Greece elected Alexis Tsipras, leader of the far-left party Syriza, which had pledged to defend the country from international and European lenders—namely the International Monetary Fund and the Troika. After a last minute referendum rejecting the terms of a new bailout, Tsipras gave up and agreed on a new bailout avoiding Greek default and the eventual exit of the eurozone. This created political chaos over summer 2015, leaving Tsipras at the helm of the Greek government.

As 2016 rolls on, Greece still faces the same structural problems. It requires real reforms, but the cost of austerity is damaging the country.