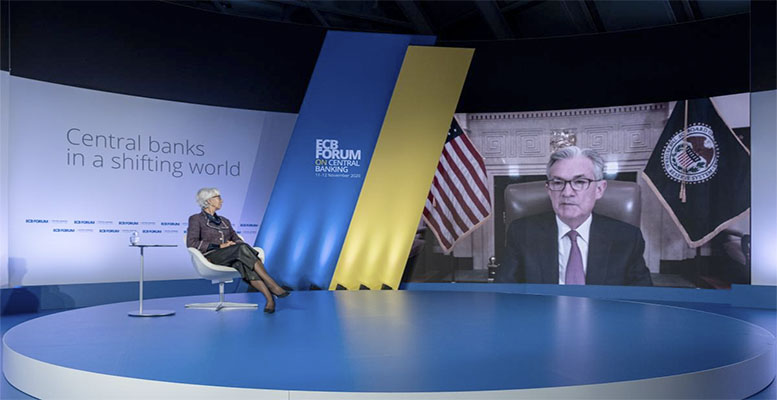 The ECB's communication on financial conditions is often somewhat vague

Bruno Cavalier (Oddo BHF) | There are two types of central banks in the world. On the one hand, those which believe the recent rate hike is widely justified. This is the case for the Fed, at least so far. On the other hand, those who think the opposite. This is the case of the ECB, which is exasperated to see European rates rising, not as a sign of a solid recovery, but because of the contagion of the US bond correction. This shock is tightening financial conditions, but at an inopportune time as the Eurozone accumulates delays in the recovery cycle, in the vaccination campaign and in fiscal stimulus. Can the ECB control the yield curve without saying so? Former US Treasury Secretary John Connally is often quoted in regard to the dollar. Addressing European finance ministers in the early 1970s, he told them that “the dollar is our currency, but your problem.” In other words, you are on your own! Taken together, this sounds a bit like the Fed’s message on long-term interest rates. So far, the Fed is not really concerned about the correction in the bond market as it reflects improving economic fundamentals. As a result, it seems somewhat indifferent to contagion to the rest of the world, especially the Eurozone. The ECB cannot afford to adopt as relaxed an attitude to rate hikes as the Fed.

What the ECB can and cannot do