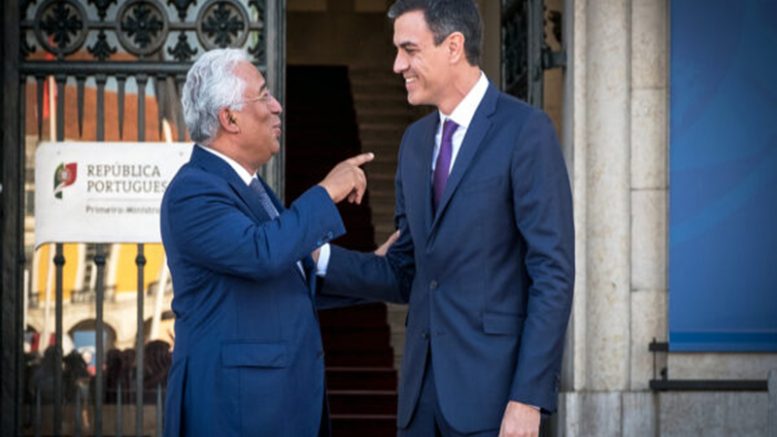 Until 2015, neither the Communists nor Left Bloc had ever been in government. That year, the Socialists fell short of a majority and António Costa made a deal with the smaller parties. In return for policies like free textbooks in schools and a higher minimum wage, the far left would vote to make Costa prime minister. They were involved in annual budget negotiations, but they did not join his cabinet.

The right dubbed it a “contraption,” but it worked. Costa could avoid the stigma of forming a coalition with extremists. The Communists and Left Bloc could still criticize Costa when, for example, he refused to raise salaries in the public sector or overturn the labor market reforms of his conservative predecessor.

Until the left decided they wanted more. When Costa insisted on reducing Portugal’s budget deficit, from 5.8 percent of GDP in 2020 to a projected 4.4 percent in 2021, the Communists and Left Bloc withdrew their support.

Costa argued his government had made daycare free for children under the age of 3 and increased pensions, two proposals that weren’t in his own manifesto. But the Communists and Left Bloc rejected any spending restraint and forced Costa to call snap elections.

They lost. The two had 31 out of 230 seats in the outgoing parliament. They fell to eleven seats in the election on Sunday.

Costa went up from 108 to 117, giving him an absolute majority and the ability to govern without anyone’s help for the next four years.

Portugal’s far left should have learned from Spain’s.

Podemos (We Can) also rules in a coalition with the much larger and center-left Socialist Party. They are also criticized by purists for keeping Spain in NATO, not rolling out a universal basic income and only partially repealing labor market reforms. (As in Portugal, the last conservative government of Spain weakened collective bargaining rights and made it easier for firms to hire and fire workers.)

But Podemos, which has 10 percent of the seats in Congress, also has much to boast about. The left has capped rents in expensive areas, introduced housing subsidies, eliminated tax breaks for private pensions, raised taxes on capital gains, property and high incomes, and is making unprecedented investments in renewable energy.

Prime Minister Pedro Sánchez also pardoned the nine Catalan separatists who were convicted of treason for organizing an unsanctioned independence referendum in 2017. Podemos is the only national party that supports Catalan self-determination.

A little to the left

Podemos wasn’t always reasonable. As recently as five years ago, they also chose purity over power by voting against a minimum wage increase, because they didn’t believe it went far enough, and choosing a hardliner as leader, causing pragmatists to leave. They eventually realized they were never going to win a majority, and the best they could hope for was to pull a center-left government a little further to the left.

Portugal’s far left had that same power for six years and threw it away.