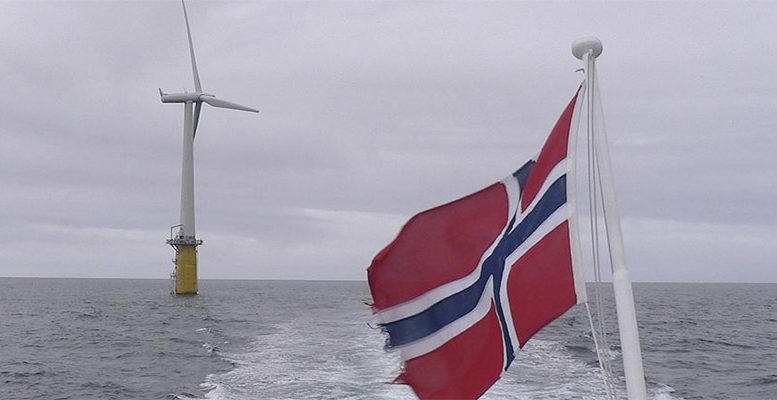 In the increasingly complex choreography of the world economy, sovereign wealth funds (SWF) play an ever more important role due to their capacity to channel large volumes of savings toward in- vestment and hence boost economic growth. This role is analyzed in depth in the study on sovereign funds, a joint project between ICEX-Invest in Spain and IE University, and which has become a leading instrument of analysis for the institutional investment industry worldwide. The aim of this project is primarily to analyze the strategies, operations and trends that feature these public in- vestment vehicles. The present edition also takes a broad look at how these institutional investors are becoming transformed into agents for change in the key areas of our time, such as technology and sustainability.

Direct SWF investment activity reveals both continuity and change. Change is characterized by the inversion in sector allocation. Sovereigns, led by Singaporean funds Temasek and GIC, embrace the dynamism of rapidly evolving technologies in sectors that allow them to exploit their extended in- vestment horizons to enhance long-term risk-ad- justed returns. Partnering with a wide array of institutional investors, SWFs have diversified direct investment programs away from traditional sectors and deployed capital in scale to technologies and companies capable of driving disruptive innovation in industries such as biotechnology, software, fintech, data, mobility, e-commerce, and healthca- re. Doing so affords them the ability to hedge disruption risk, while enhancing their own capacity to understanding the forces driving macro and micro-economic change.

This evolving inversion in sector allocation notwithstanding, prevailing fund-level activity, scale and geographic preference have remained consistent with earlier-established SWF practices. The dominant direct SWF investors in our 2018-19 sample include Temasek, GIC, UAE’s Mubadala, Norway’s GPFG, and Abu Dhabi Investment Authority in the top five, followed in deal count by Qatar Invest- ment Authority, Australia Future Fund, the Ireland Strategic Investment Fund, the Russia Direct Investment Fund, the China Investment Corp (CIC), and Khazanah. Leadership in activity remains stable over the last 5 years, and of course, this should come as no surprise as it is the largest SWFs that have the capacity and scale – mandate permitting – to undertake direct investment programs.

Moreover, constraints – whether imposed by scale, mandate, or even politics – necessitate that most funds in most deals invest both through and with other institutional investors. This includes sove- reign development and strategic funds investing domestically. Rather than implying inertia then, continuity, along with stability, are key pillars on which to build and scale global capital markets. A third is partnership, as it is through such collabo- ration that risk – whether financial or political – is distributed and shared.

2018-2019 was a record period for SWFs investing in venture capital. Despite their size, SWFs can be considered today as key players of the VC industry, fostering change and framing innovation both in- ternationally as well as at home.

Since 2010, SWFs have been active on venture capital, and since 2014, the bet consolidated with more SWFs and larger capital deployment. SWFs joined rounds valued at $30 billion in 2018 alone. This means that 9% of all world’s VC dollar volume deployed in 2018 was participated by a SWF. This record year saw 16 different SWFs investing in 94 rounds.

The United States and China remain the preferred destinations, followed by India, United Kingdom, Indonesia, South Korea and Singapore. Yet, the geopolitics of innovation are to be manifested when these technologies mature and exert their influence globally. New innovation poles already backed by SWFs are flourishing in cities of Europe or Latin America.

Biotechnology investments outpace any other technology subsector by the number of deals. Three main reasons explain this huge interest: leapfrog- ging in human development by adopting innovative healthcare solutions and technologies for the wellbeing; the potential benefits of applying biotech solutions for long-run issues such as ageing populations, growing middle-classes and urbanization; the fact that biotech innovation requires long-term capital and SWFs are fitted for this kind of patient capital. All these explain why biotech and life sciences represented 15% of all technology deals.

SWFs participated in multi-billion VC rounds like Ant Financial, Go-Jek, Lufax or Lucid Motors. Yet, the bulk of the SWF activity focuses on late-stage rounds (above $100 million), instead, which totaled $16 billion, showing the relevance of SWFs in the global VC landscape at all stages.

Temasek and GIC have led the group of “sovereign venture funds” over the years. Yet, their relative im- portance has declined to favour other SWFs like the Australia Future Fund or UAE’s Mubadala.

The strategies used by SWFs to approach innovation include venture capital investment programs, funds of VC funds, support of national innovation ecosystems and the establishment of startup hubs.

The risks of VC investing were clear in the recent developments of SWF-backed startups. To entry the VC cycle at late stages makes SWFs get exposed to profitability issues and to the valuation pressures of public markets. Recent experiences taught that global VC investment decisions are to focus on operational performance rather than market share growth rates.

3. SWFS in a bad year: Challenges, reporting and responses to a low return environment

Sovereign wealth funds (SWFs) are long-term in- vestors by nature. One of the most pressing cha- llenges for long-term investors is precisely to en- dure the lower parts of the business or equity cycle. Year 2018 could have been perceived as a difficult year for those looking beyond short-term invest- ment horizons.

Indeed, 2018 was a difficult year for many. The SWFs’ average return was flat in the fiscal year, whixle the SWFs’ weighted average was negative to -1.6% when assets under management were consi- dered.

As we have learned, institutional investors are an extremely heterogeneous group with diverse purposes and asset allocation and generalizing can be deceptive and inaccurate. The chapter breaks SWFs down into four major groups: stabilization, savings, development, SWF-like pension funds; and shows how returns are aligned to each misión.

One of the distinguishing exercise SWFs do is to present information according to their long-term horizon realm. Rolling returns (10- or 20-year) are valuable ways to educate stakeholders about the long-term mission of SWFs; yet this kind of reporting may conflict with the short-term performance.

Indeed, some IFSWF members have found that certain types of information and the frequency with which it is released may create an overly short-term focus. Also, certain funds like the newly created India’s National Investment and Infrastructure Fund (NIIF) have chosen not to disclose certain aspects to the public domain by design.

Along with the short-term measure of their choice, long-term investors should keep investing and reporting according to their long-run mission and goals, making sure to educate stakeholders including politicians, government officials, media or national financial institutions along the way. The road ahead is still very long.