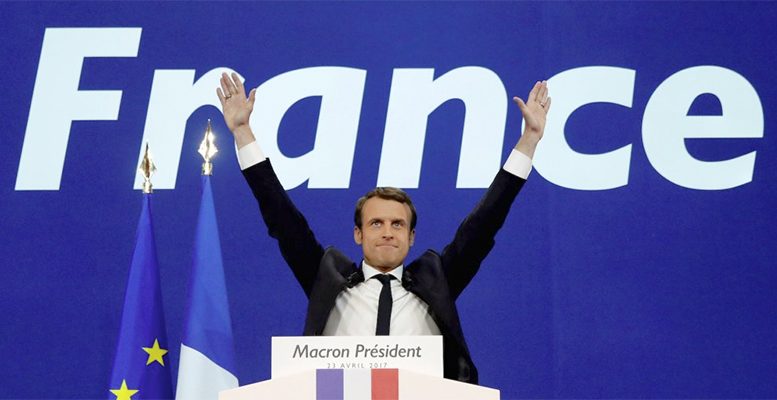 Nick Ottens (Atlantic Sentinel) | The unexpectedly strong performance of the center-right in France’s regional elections calls Emmanuel Macron’s reelection strategy into question. The liberal incumbent has been leaning to the right expecting he would need their support to defeat the far right’s Marine Le Pen in a presidential runoff. But if the center-right Republicans regroup, Macron risks not even qualifying for the runoff.

Relations with the center-right

Polls still put Le Pen and Macron in first and second place for the first round of the presidential election in April with 27-29 and 25-28 percent support, respectively.

No poll has shown a left-wing candidate qualifying for the second round in May.

Assuming left-wing voters would back him to keep Le Pen out of the Elysée Palace, Macron has invested more in relations with the center-right. He has appointed Republicans to his cabinet, allied with the centrist Republican defectors of Agir (Act) and made deals with center-right candidates in Sunday’s regional elections.

Notably, in the southern region of Provence-Alpes-Côte-d’Azur, where polls had given Le Pen’s National Rally the best chance of winning its first regional presidency, Macron’s En Marche! (Forward) did not compete and endorsed incumbent Republican Renaud Muselier.

In Hauts-de-France, in the northwest, Macron’s candidate, Laurent Pietraszewski, has called on his supporters to vote for the center-right incumbent, Xavier Bertrand, next week. Pietraszewski did not qualify for the runoff.

Reelection would raise Bertrand’s profile as a potential presidential contender. He has so far been polling at 13-16 percent nationally. A centrist who left the Republican party when it lurched to the right under Laurent Wauquiez, Bertrand would appeal to many of the same voters as Macron.

Wauquiez himself, who is president of Auvergne-Rhône-Alpes in the southeast, could also run again, although the few national polls that have included him put his support in the single digits.

A better candidate would be Valérie Pécresse, who was an education and budget minister under Nicolas Sarkozy and who governs the Paris region, Île-de-France. She also left the Republicans in protest to Wauquiez’ doomed attempt to outflank the far right, but she is a little more conservative than Bertrand. She could appeal to some of Le Pen’s more affluent, right-wing supporters without compromising Republican principles; the holy grail her party has been searching for since it lost to Macron and Le Pen in 2017.

The good news for Macron is that both his base and Le Pen’s have been pretty unmovable in the polls. Macron’s floor is about 23-24 percent. Those are generally university-educated professionals in the major cities. Le Pen’s is around 25 percent, although her voters, especially those in the deindustrialized north of France, are less likely to turn out. Low turnout at least partly explains National Rally’s underperformance on Sunday.