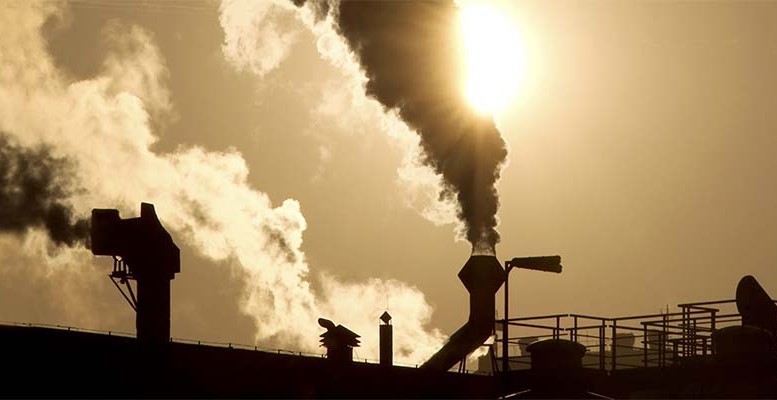 Timothy Hamilton via The Conversation | The European Union is considering a new tax on imports as it tries to fight climate change, and the U.S. is raising concerns about it.

At issue is what’s known as a border adjustment carbon tax.

The tax is designed to level the playing field for European companies by holding imports responsible for their greenhouse gas emissions same way domestically produced products are. But carbon border taxes have economic, legal and environmental ramifications. John Kerry, the U.S. special climate envoy, met with EU officials about it in March and later told reporters that an EU carbon border tax should be a “last resort.”

A question that economists like myself are asking is whether a carbon border tax would even be effective as a tool as countries try to slow climate change.

Policies like these are likely to come up as world leaders prepare for President Joe Biden’s Leaders Summit on Climate on April 22, 2021, so let’s take a look at what we know so far.

What is a carbon border tax?

When companies in the European Union make products, many of them are required to purchase permits for the climate-warming carbon emissions that are produced in the process.

That extra cost raises the price of the product. The goal is to encourage companies to reduce their emissions. But companies in many other countries – including the U.S. – don’t face the same emissions rules, so imports sold in the EU can end up being cheaper.

While having lower-priced imports may appear beneficial for consumers, it can result in “carbon leakage.” That happens when the products – with all their carbon emissions – are simply produced somewhere else to save money.

Carbon leakage happens when goods that would normally be purchased locally are instead imported from companies elsewhere that don’t face the same regulations. It also occurs when local companies move their production to another location to avoid having to cut their emissions. They might relocate to another country or, more commonly, shift production to foreign plants. The result is emissions that continue unabated, and those emissions affect the entire planet.

A carbon border tax is intended to prevent this leakage by imposing the same cost on imports that don’t face carbon taxes at home.

Border carbon adjustments are so new that there is very little evidence to evaluate their effectiveness. No country has a national version.

We can, however, examine the potential for carbon leakage without them.

One review of multiple studies found that while carbon leakage does happen in countries with carbon taxes, it affects only a fraction of a percent of the emissions associated with imports. Another study looked at EU trade flows and found no evidence that the EU Emissions Trading System had led to a significant number of companies moving production elsewhere.

Generally, evidence suggests that companies’ decisions on where to locate factories are influenced far more by other concerns, such as having production facilities close to buyers and access to a skilled work force and raw materials, than by carbon regulations.

A number of researchers have used economic modeling to predict the potential for carbon leakage with and without a carbon border tax.

An analysis of 25 of those studies suggested that countries with a greenhouse gas emissions policy – but without a border tax – would give up 5% to 25% of their total emissions reductions because of carbon leakage. So, countries could be losing up to a quarter of their climate change gains as a result of companies moving their high-carbon production elsewhere.

The same study found that implementing border carbon taxes had the potential to lower that leakage rate and even increase the overall emissions reduction by as much as 5%.

One study in 2016 suggested that an EU border carbon tax would reduce imports from major trading partners by between 0.3% for products from Brazil and 1.3% for those from the U.S.

Generally, research suggests that a border carbon tax is likely important only for industries like steel, textiles, mining, cement and chemicals that are carbon-intensive, large contributors to the economy and exposed to international trade. The EU currently has special exemptions for some of these industries in its carbon pricing policies. A carbon border tax would replace those exemptions.

So, the research suggests that border carbon taxes that accompany carbon pricing could help reduce leakage for some key sectors – and possibly reduce emissions – but leakage may not be as big a concern as people fear.

It’s also important to recognize that border carbon taxes don’t solve the entire problem. When climate policies in a few large countries reduce demand for products like fossil fuels, that can lower the global price of those products, which can result in more consumption elsewhere. That’s where international agreements become essential.

Properly addressing climate change will take significant efforts and international cooperation. Border carbon taxes will not solve the problem alone, but will likely be an important tool in reducing carbon emissions.