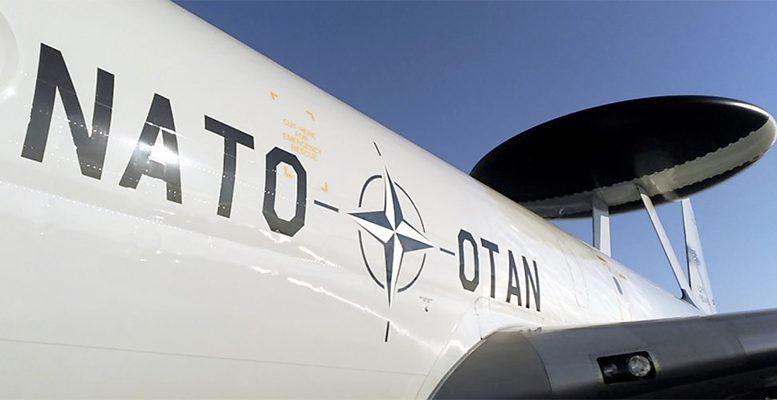 European Views | Returning to Washington after his eight-day European tour, Joe Biden undoubtedly felt satisfied that he had made headway on the two major goals which had underpinned his trip. From the G7 in Cornwall to the shores of Lake Geneva where he met with Vladimir Putin, Biden repeatedly drove home the message that his administration is, as French President Emmanuel Macron put it, once again “part of the club” of the world’s leading democracies.

Biden also made it crystal clear where he expects that club to turn its attention: to countering Beijing, which the United States sees as a growing threat to global democracy as well as an economic rival. The U.S. president not only succeeded in putting China at the centre of the agenda of both the G7 and NATO summits, but notched up some rhetorical victories as well. For the first time, NATO identified China as a security risk to the alliance, while the G7 leaders took Beijing to task for both its aggressive moves in the South China Sea and its human rights abuses in Hong Kong and Xinjiang. They also agreed to set up an infrastructure partnership to counter China’s Belt and Road.

China is clearly rattled by the increased attention from the US, Europe and their allies. Not only did Beijing warn the G7 countries to “stop slandering China, stop interfering in China’s internal affairs, and stop harming China’s interests”, but China’s air force engaged in its largest-ever incursion into Taiwan’s air defence zone in the wake of the NATO summit and police arrested pro-democracy journalists in Hong Kong. For China hands, these “unusually harsh responses” from Beijing are a clear response to Biden’s rallying of his European and Japanese partners, and reflect “the real concern in Beijing that a united front is forming”. Certainly, Biden’s European charm tour has been more successful at convincing America’s allies that China is a security risk than Trump’s racist invectives—but will G7 and NATO partners follow through on the summits’ tough rhetoric or fall back into old habits when dealing with Beijing?

Tokyo has so far kept up remarkably steady pressure on Beijing in the days since the G7 meeting. Japanese defence minister Nobuo Kishi didn’t mince words in his recent speech to a European Parliament committee: Kishi drew attention to China’s rapid military expansion, including its militarisation of islands in the South China Sea and its ballooning defence budget. Warning that China’s military intentions remain unclear, Kishi urged Europe to ratchet up its military presence in the Indo-Pacific and called for greater cooperation between Europe and Japan on combating China’s influence in the region.

Japan’s clear current policy goal of liaising with its European and American partners to put pressure on Beijing could be called into question, however, if unconfirmed reports in the Japanese media prove true. The reports claim that Shigeru Kitamura, the Japanese National Security Secretariat’s Secretary General, is slated to be replaced by senior diplomat Takeo Akiba. For one thing, it would be a shame to lose Kitamura’s knack for knitting together disparate forces—he has proven a smooth operator with both the Trump and Biden administrations, suggesting that he could play an important role in building a strong democratic front stretching between Asia, Europe and North America. What’s more, his purported replacement, Takeo Akiba, was one of the architects of former Japanese governments’ efforts to build closer ties with Beijing—calling into question whether, with Akiba on board, Japan would continue to push Europe to take a tougher stance on China.

Europe: divided behind the unified front?

A softening of Japan’s policy towards China could spell trouble given that Europe may need continued pressure from its allies to follow through on the pledges made at the recent summits. Even within the G7, there were clear divisions on how hard a line to take: while Canada, the UK and France apparently endorsed Biden’s demands from the beginning of the conference, Germany, Italy and the EU representatives were hesitant to openly call out China’s human rights abuses in the G7 communiqué.

The American position won out in the end, with the final communiqué explicitly urging Beijing to respect fundamental rights, particularly in Xinjiang, and guarantee a high degree of autonomy for Hong Kong. What’s far less certain, however, is whether Biden managed to talk European decisionmakers around to taking concrete steps that would put genuine pressure on Beijing. It’s noteworthy that G7 leaders gave scant details about how the Build Back Better World (B3W) plan, conceived as a less predatory alternative to China’s Belt and Road programme, would actually be financed. Particular problems could crop up if the plan doesn’t take more concrete shape before Germany’s elections in September; Armin Laschet, currently tipped to become the next chancellor after Angela Merkel’s retirement, pointedly remarked in the wake of Biden’s European trip that many politicians on the continent are sceptical of Biden’s hawkish China policy and warned that “China is a competitor […] but it is also a partner”.

If the G7 remains divided over how to address China, despite the relatively strong language in the recent communiqué, there are even deeper divergences between NATO members—a number of whom have gone out of their way in recent weeks to signal that they aren’t abandoning China. In the leadup to Biden’s European trip, Hungary vetoed an EU statement calling out Chinese abuses in Hong Kong. On the same day that the NATO summit was taking place in Brussels, Greece’s permanent representative to NATO advised a journalist that Greece has no plans to renounce its close economic ties with China, including its membership in the Belt and Road Initiative.

As one analyst summed up Biden’s efforts to convince key allies that China poses an integral threat to the West, the U.S. President received words on his European trip—but has yet to receive deeds.