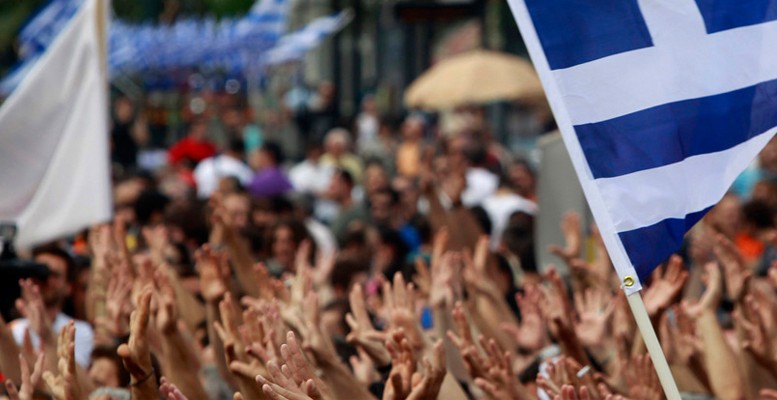 The German parliament has approved Greece’s third bailout. As Martin Sandbu says in the FT, this dynamic of bankruptcies and bailouts invites us to reflect on the meaning of it all. What is the determining logic that leads to the fatalist thinking that we need to keep the euro and, as a result, we must avoid the bankruptcy of national debts in exchange for a sum of money which increases debt? All of this is due to the myths and beliefs handled by the strongest opinion and lobbyist group. As described by a former IMF deputy director, that group functions in the following way:

“Euro area policymakers have lived on one myth after another,” says Ashoka Mody. “A process of groupthink coalesces around these myths: ‘We know it’s not going to work but we need to make it work and we need to seem supportive’ — and before you know it they start to believe it. And because there is no democratic accountability, they are free to make one error after another in terms of economic and political logic.”

The author analyses the alignments of this dynamic and the fallacies that lead to these myths.

In the first place, it is false that there is a risk of contagion because a country defaults and/or exits the euro. In general, a definitive sovereign default produces more credibility and growth. See graph. Secondly, it is false that a fiscal union would end the instability of the euro. Most of the movement of funds from one state to another in the US, when there are cyclical differences between them, is from private sources, as shown in the chart. Considering that this piece is going to be the most widespread statement for the immediate future, it is worth noting its failure. Well-functioning monetary unions, such as the US, have very little fiscal risk-sharing. Most of their local shock absorption happens through private financial markets.

And in the third place, and what is more obvious, is that it is false that structural reforms are the key solutions, as the evidence shows. IMF research finds at best a very small positive effect of structural reforms on productivity and output — and sometimes zero or negative effects.

But the false dynamic continues, with the problems aggravated by impeding countries from growing enough. Greece is only the last unfortunate case for now. Greece will suffer interference in its economy by creditors. And the best thing they could do is to accept a debt haircut and leave the country to exit the euro and allow it  to grow. Greece is a risky bet: it will bring political instability to Greece, and that has shown to cause contagion. Another wave of failure of this policy and another assault on democratic power is not exactly the best way to consolidate democracy in Europe.

Knowing the profile of our leaders, I bet you can’t guess who would accept that we (the Spanish) were managed from Germany while they remain in the institutions as marionettes?