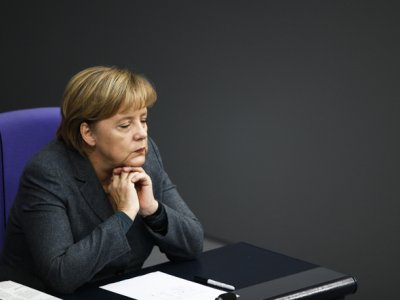 By Lidia Conde, in Frankfort | ‘Is the world coming to an end?‘ That was the headline of a feature on the financial crisis published by the Hamburg intellectual weekly Die Zeit. The answer of the many experts and professionals consulted was: yes. Die Zeit quoted Karlheinz Kögel, an entrepreneur from Tyrol specialized in the sale of survival ration packages: powdered milk, cereal bars and tins of meat and chili with an expiry date of 2026. 60% of Kögel’s sales end up among the central European financial elite.

Among those quoted was also the German economics professor Max Otte, author of the book “The Crash is coming” published in 2007. According to Otte, who studied at Princeton with Ben Bernanke, one should not make fun of those who are already cultivating their own fruit and vegetable orchard and are accumulating tins in the pantry.

“Everything is possible: a political conflict between China and the US, a brutal global recession, etc.”

This is the reason why for many years he has been investing not only in shares but also in tree land, agricultural land, and gold, like many other Germans.

During the last twelve months fear has increased. Fear of inflation, fear of money becoming worthless, and a long list of horrors the Germans experienced after the last World War. 79% of those consulted in January by the Infratest Dimap Institute in a survey commissioned by the public TV broadcaster ARD believes that the worst is still to come. And, although two thirds of the surveyed population is not ‘personally affected by the crisis’, many Germans are not satisfied by the current social market economy. According to surveys, 77% feels that it is not working as before and that it favors the rich becoming richer and the poor becoming poorer. Half go as far as asking for a fundamental change in the economic order.

“BEST TO AVOID IT”

For Germany, of course, one of the major current risks is presented by Greece. The head of Deutsche Bank, Josef Ackermann, warns of the great risk that Greece’s exit from the euro zone would pose. ‘Best to avoid it.’ Especially due to the risk of contagion to others. This is why the private creditors are willing to accept a Greek debt haircut above 70%.

“It’s an expensive pact for investors, but much cheaper than a bankruptcy” says Ackermann, also president of the International Financial Institute (IFI) that represents the big bank interests that own almost half of the Greek bonds in private hands.

But in Germany there are critical voices that claim that Greece can’t be saved this way, that say that this will make Greece sink deeper into poverty. Despite the success of the German Chancellor –except for the Czech Republic and Great Britain, all member countries of the EU want to sign the fiscal pact– Merkel’s critics believe that, with the exception of the Greek case, this crisis is not a public debt crisis but rather a private debt crisis.

During the economic boom phase many countries’ public deficit declined such as in the case of Spain and Ireland (who were less indebted than Germany) while the population’s private debt increased dramatically. According to Standard & Poor’s the European Union’s financial problems are the result of the ‘growing imbalance between the nucleus and the periphery’. This would imply that limits would have to be set on private debt as well as state controls on bank credit, just as Merkel’s critics point out.

Mark Schieritz, economic analyst for the weekly Die Zeit, thinks that a private debt crisis is much more complex than a public debt crisis:

“The European north should consume even more. The businesses in the South should reduce salaries and launch and sell innovative products on the global market. A long process: between five and twenty years.”

A good example of Germany’s difficult position is the anger caused by Merkel’s electoral support to the French president. His social-democrat rival, Hollande, asked the Chancellor to not get involved in the French elections. The problem is that Germany and its model have become the pivotal point of the debate. Sarkozy wants to copy the educational system, increase indirect taxes, make the work day more flexible, increase the retirement age… In other words, structural reforms, austerity and budget balance, based on the German vision.

Germany seems to be the only safe port. It can even become indebted and pay nothing in exchange, even though the shower of cheap money the ECB is providing banks with is allowing countries such as Spain to close Treasury bonds auctions successfully. The US economist Ken Rogoff confirmed this at the meeting in Davos:

“The pressures have diminished because the ECB started printing money. Perfect, this gives the financial system a three or four-year margin. But the market whippings are going to come back. The EU needs a new constitution, it needs to turn into the United States of Europe, it needs to make a political leap forward that could imply 40 to 50 years. But it needs it now.” According to Rogoff, the austerity that shall be imposed is not enough. “The South cannot resist three or four years of recession.”

Christine Lagarde of the IMF expresses herself along the same lines.

“To reduce debt is a marathon, not a sprint. Three years ago the IMF made the mistake of prescribing generalized stimuli to countries with different problems, and now this wave of austerity is a mistake that is not taking into account the specifics of each case.”

It would seem that the Germans don’t understand the crisis, while they are being asked for a constructive view of the continent. But what they believe is that things ought to be done right. And they don’t want their help to go to waste. This is why the German media is praising the Italian premier, Mario Monti, who is cleaning up Italy’s image at great speed with words such as these:

“The Italians are sacrificing themselves and are assuming saving measures in the national interest and not because Brussels says so.”

The fact is, that despite the tensions, the smooth German economy is allowing the German Chancellor’s CDU to continue leading the polls. The Germans applaud Merkel’s tone. It’s the German tone.

Be the first to comment on "Germany and the fear crisis"