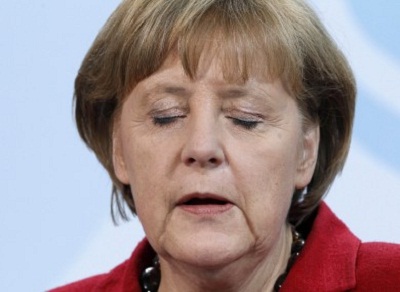 By Luis Arroyo, in Madrid | We either reinforce the political union in the European Monetary Union or let the monster simply die away. These are the actual choices we have, and one must admit that a euro termination does not sound as the craziest option, not after four years of unstoppable recession and walking at the brink of the abyss. It is a possibility no one wants to study, but it is there, as Gideon Rachman recently reminded us in a highly controversial article in the Financial Times.

To invite Greece to stay in the euro after all the beating it is taking, giving Greeks vague promises of growth policies and blackmailing them at the same time about not voting certain political parties, is unacceptable, I believe, for them as much as for the rest of us. The scene is increasingly looking similar to one of The Godfather‘s, when the thugs go out to collect the money.

Rachman says the alternative to a breakup, that is more union, would be worse. Readers may agree or not, but both cards are on the table, while the euro champions terrify with scenes from hell those who’d happily rather exit the euro zone, and inject fresh capital into the zombie. And here we are. On one side, those who would lose the most are getting tired of the euro; on the other hand, those who would get an easy ride if they left, cling to the euro. Funny, that.

More and more analysts are checking what a euro divorce would look like. Some conclude that the wealthier countries would suffer more than the poorer country members of the common currency area. Truth be told, history provides us with some examples, in Argentina, Iceland or Brazil, in which devaluation turns up to be a great growth enhancing tool. The rich States, that is, the lenders, would lose assets after the borrowers default, restructure their debts or re-denominate them in new currencies. At some point, debts can become impossible to be repaid, no matter how much pressure the lender put on the borrower. We have reach that point.