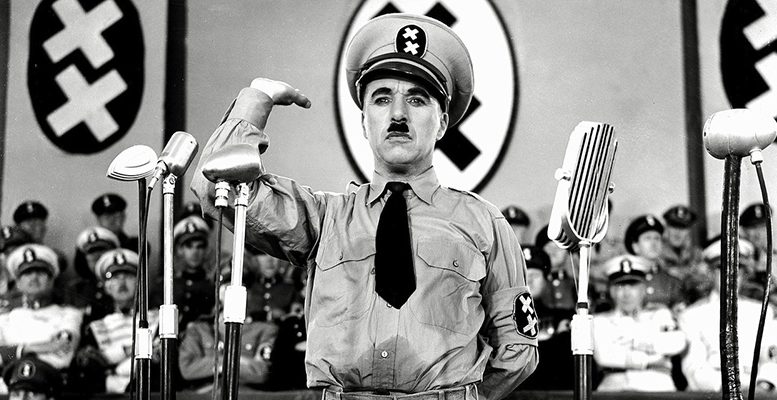 The Great Dictator by Charles Chaplin

Donato Ndongo-Bidyogo | George Orwell used to say that “jokes are small revolutions”. What self-respecting autocrat does not have his collection of jokes? Franco, Stalin, Hitler… Simple scape valve of fears and hopes, this modest revenge helps to cope with the absurdity that life can become.

Although jokes never overthrew any tyranny, they act as a cathartic tool, perhaps the only impious transgression that citizens can afford as a form of resistance. Although sometimes they entail risks for those who tell and listen to them.

Ana María Vigara Tauste, linguist at the Complutense University in Madrid who died in 2012, wrote in her study ‘Sex, politics and subversion. The popular joke in the Franco era ‘, that the jokes about Franco and his regime were a “form of humorous rejection of the effective pressure of the dictatorship”.

Sociologist Christie Davies, professor at the University of Reading, who passed away in 2017, compiled in ‘Jokes and Targets’ some of the most celebrated amusing stories in communist Europe. Although it minimized their practical effects – “they did not cause the fall of the Soviet Union,” he said – he considered them fundamental to erode the system, because of their sharp criticism of the political establishment; for him, they predicted the future of socialism better than analysts’ reports, because “they explored all the weaknesses of the system”. According to Davies, a joke is a thermometer and not a thermostat: it indicates what happens, without changing it; at best, it helps maintain morale. Censoring humor, more than a symptom of fear of the powerful, “is a way of saying: here I am, I control the situation!”

Philosopher and political scientist Tomás Várnagy, of the University of Buenos Aires, feels more optimistic about the role of humor against dictators. The examples collected in ‘Proletarians of all countries … Forgive us!’ undermined, in his opinion, the legitimacy of the political, economic and social system they embodied, highlighting the enormous gap between words and reality. He also remembers that, in a democracy, political humor, in its oral or graphic expression, has a very different tone: it serves to laugh at politicians who are not very clever, vain or self-centered, but rarely question the system.