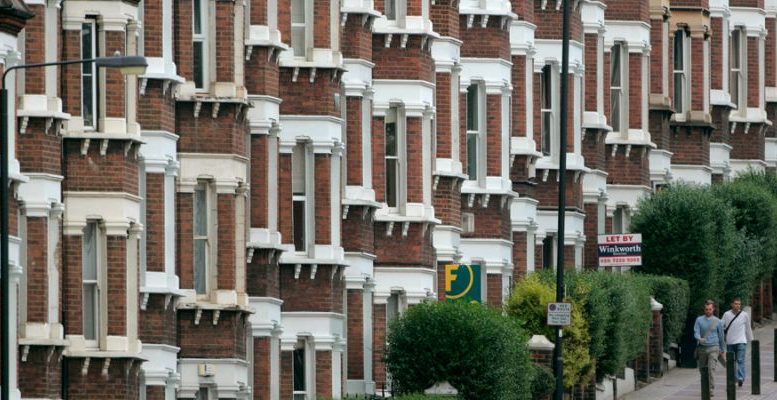 Tristan de Bourbon (London) | House prices have been falling in the British capital for two years. The reason: the uncertainty surrounding Brexit, which have joined the increase in stamp duty and interest rates. On the other hand, prices are increasing significantly in regions of the country which have been ignored in recent years.

London is no longer the motor of the property market in the UK. According to data from the National Office of Statistics, since the first quarter of 2017, prices in the British capital have fallen 2.1%, while they have risen 4.5% in the country as a whole. Its impulse comes from the centre and East of England (+8.8% and +8.1%), where prices remained moderate despite the economic development. This market correction marks an important change of tendency after years of high process in the English capital.

In September 2009, the fall in property prices in London stopped, the first sign of the exit from the financial crisis which had seriously affected the country. Housing prices in the British capital are 34% higher than in the North-East of England, the cheapest region in the UK. In the following years, the real estate sector in the capital entered a parallel universe: prices increased 78% between September 2009 and March 2017, an annual average of 10%, undoubtedly encouraged by galloping inflation (+22.4% in the same period). Only the wealthy South-East (+48.3%) and West (43.6%) could match this devilish growth. On the other hand, prices in the North (+7.7%) were less than inflation and so fell in real terms.

Not all house sale prices in London reflect a fall. According to the National Sales Register, the City of London and Hammersmith & Fulham districts registered declines of 15.7% and 5%, respectively, in the average sales prices between July 2016 and July 2018. Kensington & Chelsea and Camden, also in the centre, registered increases of 15.8% and 7.5% respectively. These differences are difficult to explain, although surveyors operating in the areas sought after by wealthy foreigners, like Allison Steele often argue that “the uncertainty surrounding Brexit has a major impact”.

The report of the Royal Institute of Surveyors, a reference on this issue, confirms the fall in the number of properties placed in the market: for selling, owners prefer to await the increase in prices expected after the end of the Brexit negotiations.

The double increase in interest rates by the Bank of England in November 2017 and August 2018, from 0.25% to 0.75%, and the announcement of further increases in the short term, is also discouraging potential buyers. These two phenomena can be seen in the evolution of the number of sales in London in recent years: there were 5,861 sales in May 2018, in comparison with 6,619 in May 2017 and 9,057 in May 2015, in other words a reduction of 36% in three years. Again the difference can be seen with the rest of the country: outside London sales have only fallen 17% in the same period.

Despite the pessimistic predictions, the banks and insurance companies have still not abandoned London, and technological multinationals have increased their investment in London.

After the British vote in favour of Brexit, estate agents discovered the existence of banking passports and their importance in facilitating financial activities within the EU. All were conquered by the fear that their loss would drive a large part of the financial sector in the UK to move to a European member state. A mass movement would have resulted in the collapse of the London real estate market.

“Two years later these fears have not materialised”, says James Roberts, chief economist at Knight Frank. “The financial regulator in the UK has worked with the banks to encourage them to remain in London. According to the calculation by Reuters, only 630 jobs in the financial sector have abandoned the UK since the referendum. The deputy Governor of the Bank of England calculates that “between 5 and 10,000 employees, which represents between 0.5% and 1% of the employees in the sector in this country” will abandon the UK between now and Brexit, programmed for 29 March 2019.

Nevertheless, the uncertainty over the effects of Brexit in the financial sector has already had a concrete effect: “The rents in the traditional financial sector in London between Mayfair and St James, which are the most expensive in Europe, have fallen considerably since June 2016”, says James Roberts. Specifically, the average rents are 1,290€ per m2 per year compared to 1,410€ in June 2016, a fall of almost 9% in 2 years.

The good general performance of the commercial market in London since the referendum is due, in fact, to an unforeseen factor: the activity in the technological sector. While David Cameron played an important role in the departure of his country from the EU, his government, alerted to the organic concentration of thousands of new technology entrepreneurs in the East of London, has been working since its arrival in power in 2010 to ptomote its development, especially through fiscal exemptions.

Such a professional environment in a European English-speaking country was the great attraction for the major companies in the sector. The GAFA (acronym for the US giants Google, Apple, Facebook and Amazon) put them themselves in the lead, accelerating their investments in London at a moment when the local authorities were opening their arms to any good news. “These companies operate in a world where borders and regulations matter little, principally they are looking for talented and qualified employees”, indicated James Roberts. The consequences of their implementation in the property sector are already visible: average annual rents in Shoreditch, centre of the London Silicon Valley, increased in two years from 787€ per m2 to 921€, an increase of no less than 17%.