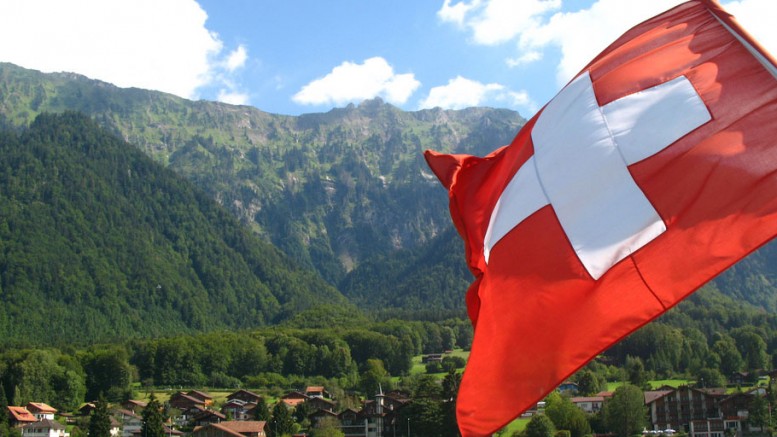 Although the “long deflation” of 1873-1896 was roughly consistent with a productivity norm — albeit one adhered to more by accident than by design — and more specifically with “good” deflation, one rarely witnesses good deflation these days.  The Swiss case is a rare exception.  As Mr. Blackstone reports, evidence of deflation’s pernicious side effects—recession, weak employment, rising debt burdens—is pretty much nonexistent in Switzerland.  Its economy is expected to expand this year and next, albeit slowly, in the 1% to 1.5% range.  Unemployment was just 3.4% in September.  Government debt is low.

Compared to the US, Switzerland has been a low inflation country, but the recent turn to deflation smacks a lot of too low NGDP growth, as the charts indicate.