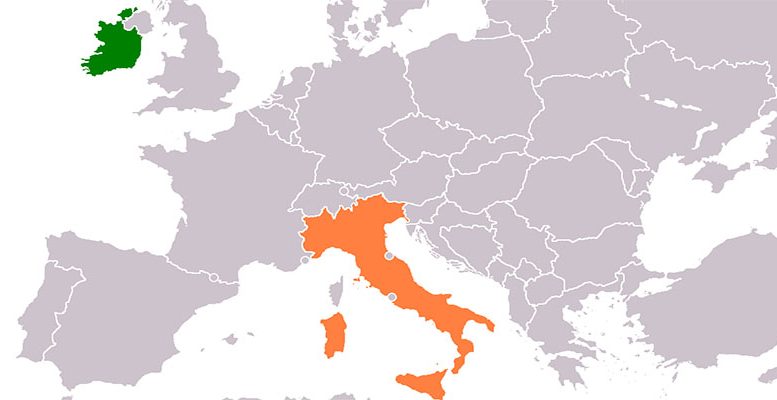 Which things could impact on the valuation of peripheral bonds? It is clear that one is the general increase in yields coming from global economic and inflation cycle if it continues firmly. The second, what happens when the ECB stops buying government bonds? In opinion of Chris Iggo CIO Fixed Income at AXA IM “we have to consider the very real risk of another sovereign debt crisis.”

Indeed, Iggo thinks it is due to a poor debt dynamics .

In short because debt levels remain very high and higher yields will significantly reduce the ability for governments to stop debt levels rising further. Italy is the country that stands out to be of greatest concern. Its growth rate is poor with nominal GDP growth in 2017 only expected to be 2.0%, according to the OECD.

The International Monetary Fund (IMF) estimates that Italy’s government debt is set to be 133% of GDP this year – a level that is some 34 percentage points higher than it was at the end of 2007. If growth is weak and borrowing costs can’t be reduced any further, the only ways left to reduce debt are to generate a large budget surplus or to restructure. The latter has not been a politically plausible option and the former has not been done enough.

Italy’s government budget has been in a small primary surplus (excluding interest payments) but the OECD estimates that it slipped back into deficit in 2016 and will remain so this year. The political impasse prevents significant reforms being undertaken that might generate a higher tax take or reduce structural spending so no real progress is being made in terms of improving debt dynamics. In addition, there is a large contingent liability that is the banking sector and its stock of low quality assets.

The Italian story contrasts very differently with that of Ireland. Chris Iggo reminds that:

Ireland’s debt shot up as the government had to bail out the housing and banking sectors post-2007 and by 2012 it was very close to the same level as a percentage of GDP as Italy’s (123%9). However, since then it has fallen sharply and is expected to be at 73% of GDP in 2017. Taking the pain upfront in terms of domestic austerity and bailing out the banks allowed the Irish economy to recover more quickly.

From a 10% drop in GDP in 2008, the economy is now seeing real growth in the region of 7%. Inflation is low but the expansion has allowed debt to decline sharply as a percentage of GDP. The primary budget is in deficit to the tune of around 1.0% of GDP and these positive metrics have been rewarded by very low borrowing costs for the Irish government – the yield on the benchmark 10-year bond is just 1.07%. Any shock coming to the Irish economy is not going to be one necessarily caused by the end of the ECB’s quantitative easing (QE) but one that results from any dislocation to trade with the UK as a result of Brexit.

Ireland does not only compare well with Italy, it compares well with most of the rest of the G20. The average debt/GDP ratio for the G20 countries, on the IMF definition, is set to be 116% this year with the US at 108%, the UK at 88% and France at 97%. For Fixed Income head at AXA IM:

These levels have mostly been unchanged since 2012 onwards. Very few countries have been able to benefit from the combination of stronger growth, low borrowing costs and improved budgetary performance. Greece, which has had the most austerity and has had some of its debt haircut, is still highly indebted despite generating a primary budget surplus of 4% of GDP.

Spain has done reasonably well in terms of economic restructuring and restoring competitiveness and growth is now better. However, its debt ratio remains largely unchanged since 2014 at around 100% of GDP.

The point here is that large parts of the world economy still need more growth, still need more inflation and are still constrained in their use of fiscal policy because of the need to balance the books. That is, of course, if they want to bring their debt/GDP levels down.

Finally, Iggo highlights that sovereign crises have been avoided because much of the funding of government debt has been achieved”indirectly, through quantitative easing and when or if this ends there is bound to be upward pressure on borrowing costs again”. He adds:

It also raises the question of just how far central banks are able to increase interest rates. Higher rates will lead to increased government borrowing costs and eventually an economic slowdown all of which tends to increase government budget deficits.At some point, global bond investors will have to pay far more attention to specific country risk than they do at the moment because some sovereigns will become very stressed. Add the overlay of political populism and anti-EU sentiment and the medium term risk levels rise even further.

Taking into account primary budget balances, debt to GDP levels and debt dynamics (growth relative to borrowing costs), the countries that come out on top are Australia and New Zealand and the Scandinavians.

Another crisis might bring even more radical attempts to deal with the problem – restructuring, the creation of a federal debt market in the euro area or outright cancellation of debt held by central banks. But these are longer term issues.