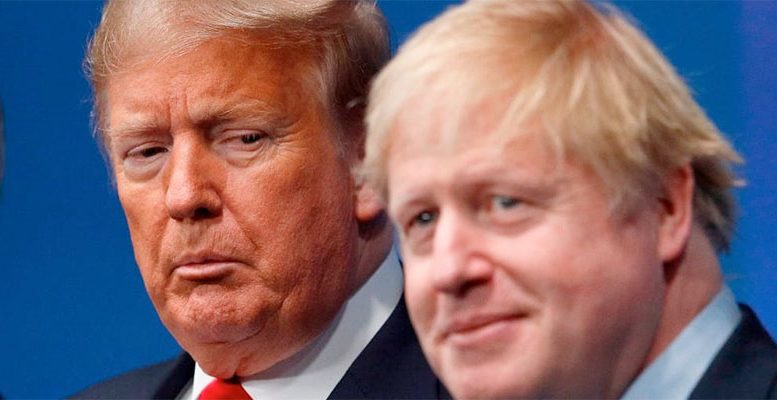 Tristán de Borbón (London) : The UK is preparing for tense months. On Monday, March 2, its chief negotiator, David Frost, travelled to Brussels to begin negotiations for a free trade agreement with the European Union. The time available for these negotiations is extremely tight. Michael Gove, the government’s number two, in charge of coordinating the various ministries on the Brexit issue, reaffirmed in a speech in the House of Commons that the transition period will not be extended beyond December 31, 2020. On that date “the United Kingdom will fully regain its political and economic independence.”

The British government did not stop there and said it was ready to walk away from the talks as early as June. (If it wanted more time to negotiate the agreement it should ask for it before July 1). The government said it hoped to achieve “the broad outline” of an agreement by June, and to finalise a deal by September. If not enough progress has been made by June, the government would “need to decide whether the UK’s attention should move away from negotiations and focus solely on continuing domestic preparations to exit the transition period in an orderly fashion.”

Michael Gove called for negotiations “between sovereign equals.” We respect the EU’s sovereignty, autonomy and separate legislative order and expect it to respect ours. Therefore, for London, it is not a question of hearing about supervision by the European Court of Justice, nor of dynamic alignment with European standards or EU models of governance. Both sides readily admit all that will cause friction between them.

To put it bluntly, the government’s number two assured in the conclusion of his speech that “there is enough time to find a good deal for the UK.” Nine British teams, with about 100 employees, are dedicated to this purpose. They intend to negotiate all sectors simultaneously rather than in succession as in the pre-Brexit discussions.

Although it should be relatively easy to reach agreement on a large number of them, the negotiations as a whole have got off to a bad start. And London is not the only one to blame. For example, the EU’s position on fisheries is hardly reasonable, as the EU denies the UK a process that is currently being used with Norway, Iceland and the Faroe Islands. The political pressure on this matter will poison the general discussions.

However, recent British announcements have increased the pressure. The British Government is suggesting that it is prepared to risk failing to reach an agreement. Its position on the Northern Ireland protocol is, in this respect, enlightening. Michael Gove said he was prepared to respect it “in an appropriate manner.” In particular, he would not envisage – as his team has suggested – the creation of infrastructure for customs control of goods moving between Britain and Northern Ireland. It would therefore be the responsibility of the Republic of Ireland to protect the integrity of the borders of the single market.

It is true that Boris Johnson is probably counting on the Europeans’ fear of a no-deal and on their possible division in order to obtain further concessions and, ultimately, a free trade agreement that is favourable to his interests. And if this threat is not enough to make the Europeans give in, the prime minister has put them in competition with another heavyweight: the United States! On the day negotiations with the EU began, his government revealed its negotiating objectives for a free trade deal with the United States. The British government intends to have both negotiations simultaneously.

The annual reduction in customs duties will be between GBP 341 and 493 million (between EUR 392 and 566 million). However, the report warns that these savings will not necessarily be passed on to consumer prices, but are more likely to be passed on to company margins. The most important benefits will come from the reduction in non-tariff barriers, which will allow more companies to trade with the US.

These figures seem very low when compared to what is at stake in the negotiations with the EU, which began on Monday in Brussels under the leadership of David Frost. The analysis published by the government in November 2018 predicted a sharp decline in GDP, regardless of the post-Brexit trade agreement negotiated with the EU: between – 4.9% and -7.6% of GDP. This casts doubt on the value of negotiating these two agreements simultaneously rather than concentrating all the human capacity of the British administration on the agreement with the EU, which is of much greater economic importance.

The justification for this strategy is all the more dubious in the light of the present political circumstances, which are not conducive to a cordial negotiation. Prime Minister Boris Johnson and his American counterpart Donald Trump proclaim how very much aligned they are as soon as they can, but relations between their two countries have become strained in recent weeks because of Iran, the Chinese company Huawei (which will be involved in the construction of the British 5G infrastructure) or the British decision to tax all big technology firms from April.

The fact that there will be an American presidential election in eight months calls into question the wisdom of spending so much energy on these negotiations when the whole panorama might change after the election.

Everything indicates, then, that the decision to open these negotiations is a strategic one – to put pressure on the EU by putting it in competition with the US – or an ideological one: So much has been said in recent months about the fact that a hard Brexit, leaving the single market and the customs union, would make it possible for the UK to negotiate free trade agreements with the rest of the world that Boris Johnson feels obliged to start the process as soon as possible. The speed of the American negotiations will let us know the reasons behind this British decision.