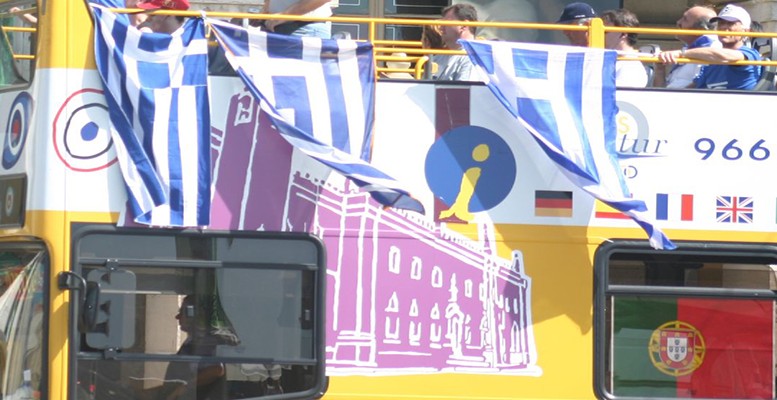 Jens Bastian via Macropolis | Portugal and Greece are geographically located at the opposite ends of the eurozone’s southern periphery. Both countries have a population of approximately 10 million inhabitants, with Greece being closer to 11 million. In the course of the past five years, both countries had to confront various political calamities and economic crises, culminating in having to seek financial assistance from international official creditors.

Being labelled a “programme country” inside the eurozone, in the case of Greece for the first time in mid-2010 and Portugal a year later in May 2011, carries an institutional stigma that is hard to shake, even if one successfully exits the programme framework as the authorities in Lisbon were able to do three years later.

While Greece required a third financial assistance programme in July 2015, and is therefore in a league of its own in the eurozone, Portugal continues to be subject to so-called post-programme surveillance (PPS).

This monitoring exercise will last until at least 75 percent of the financial assistance Portugal received has been repaid. PPS may in effect last until 2026. The objective of PPS is ultimately to measure Portugal’s capacity to repay its outstanding loans to European official creditors, i.e. the European Financial Stability Mechanism (EFSM) and European Financial Stability Facility (EFSF).

Under PPS, the European Commission, in liaison with the European Central Bank (ECB), conducts regular review missions to Portugal in order to analyse economic conditions, fiscal compliance and financial sector developments. The semi-annual assessments may include recommendations for further fiscal measures and structural reforms, if and where necessary.

Thus, being locked inside a programme and being under post-programme review obligations is what distinguishes Athens from Lisbon. But these institutional differences are overshadowed by the similarities both countries share after five successive years of fiscal adjustment, high youth unemployment and unsustainable public debt levels.

Together, both Portugal and Greece have lost in the course of the past five years more than half a million young, well-educated citizens through outward migration due to the lack of professional perspectives and sustainable wages in their home countries.

More specifically, in the 1990s and early 2000s Portugal was able to attract inward labour migration from Brazil and Ukraine for work on construction sites and in private households. The same holds for Greece, the only major difference being that the labour migrants came predominantly from Albania and Romania.

But since the onset of the financial crisis in 2008/09, both countries have experienced a reverse trend. Not only have Brazilians or Albanians migrated back to their countries of origin, but, more strikingly, young Greeks and Portuguese are again forced to vote with their feet, just as their relatives had to do in the 1960s and 1970s.

Many of the new destinations of the Greek and Portuguese labour migrants are the old endpoints in central and northern Europe, namely Germany, Austria and Switzerland. But new locations outside the eurozone have been added to the itineraries of those trying to find work abroad. In the case of Portugal, citizens are now migrating to the former colonies of Angola, Mozambique and Brazil. By contrast, Greeks seeking employment abroad are not only moving to traditional destinations such as Australia, Canada or the U.S. They are now including locations such as Qatar, South Africa and Poland in their employment itineraries.

In the past outward labour migration of Greeks and Portuguese frequently served to export domestic poverty abroad in the hope of finding better living and working conditions on new shores, be they far or near. But in light of the dramatic developments associated with the current refugee crisis across Europe, this means of “exporting capacity” will increasingly not be available to citizens from both countries.

Over the course of the last two decades both Portugal and Greece have witnessed how manufacturing industries such as textiles and leather, as well as sectors like agriculture, fishing and shipping, either declined in terms of jobs available or relocated abroad for reasons of pricing elasticity.

Today, after more than five years of recession in both countries, these industries can no longer generate employment opportunities for young Greeks and Portuguese in sufficient numbers. Only the tourism sector in both countries offers vacancies. But these mostly come at the price of seasonal labour, low wages and largely absent social security benefits.

While Portugal still has a private automobile industry with on-site production facilities, new dangers lurk around the corner for that manufacturing sector. Who is currently the single largest employer in Portuguese car manufacturing? You may have guessed it: the disgraced German Volkswagen company. In light of the repeated lies and deception that Volkswagen has been associated with recently, the financial repercussions of the emissions scandal will have consequences employees of the corporate giant. It is a fair guess that the price to be paid for such systematic rule-breaking will also be felt on the Portuguese labour market.

Both Portugal and Greece have held general elections recently, whose outcomes have sent waves of concern across various eurozone countries, most notably Spain where an election will be held next month. Both in Athens and Lisbon, the sitting governments remained in office. A first in both countries since 2010.

But the major difference in the democratic process consisted in the Prime Minister Alexis Tsipras being re-elected outright. In the case of Portugal, the electorate did not give Prime Minister Pedro Passos Coelho’s coalition government a majority of seats in the new parliament. Instead, he was reappointed to a second term at the decision of the country’s president, Aníbal Cavaco Silva. Coelho’s minority government failed to gain a vote of confidence in parliament on Tuesday and now a Socialist-led coalition will try to gain the right to govern.

It is thus rather premature to label one country an economic success story while the other may be on course of achieving a level of political stability not experienced in half a decade. While at opposite ends of the eurozone’s southern periphery, Greece and Portugal continue to have much in common in terms of the complexities of crisis management, irrespective of the fact that one country is locked in a programme while the other has found the exit route.