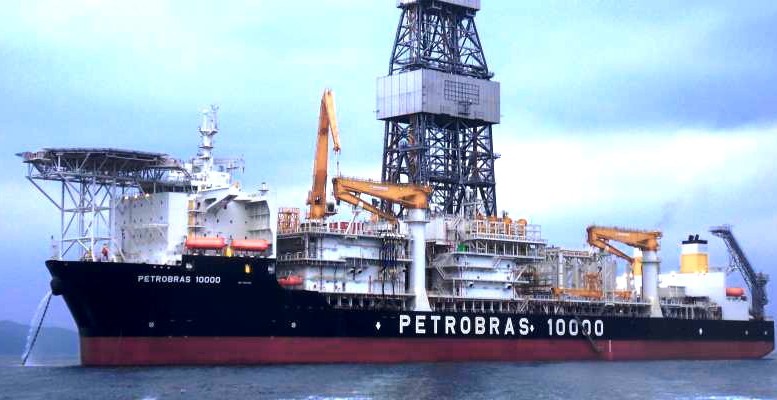 Richard N. Cooper via Caixin | Fourteen years ago, Jim O’Neill of Goldman Sachs coined the term BRIC to stand for Brazil, Russia, India and China – four large emerging economies that were on the move economically and might together shape the world economy in the future. The label became fashionable, and indeed, with the later addition of South Africa, BRICS provided the basis for a series of summit meetings among their leaders which in turn led to the agreement in 2015 to create a BRICS bank, capitalized at US$ 50 billion, for development lending in the five countries and probably others.

China has indeed gone on to become the second largest national economy, after the United States, but also after the European Union, a collection of 28 states. And if it doesn’t falter will become the world’s largest national economy within the next 15 years. What of the others? India has lagged way behind China, but shows much life and indeed will probably grow more rapidly than China this year and next, albeit from a much lower base. Russia, in contrast, is in serious economic recession, brought on mainly by the sharp fall in prices of oil and gas, export commodities on which the Russian economy and government are far too dependent. Russia benefited from rising oil prices from 2002 to 2014, and badly neglected other parts of the economy.

But this column is mainly about Brazil, which I visited last month. Brazil is the world’s fifth largest country in area and in population, and until recently the seventh largest national economy. But Brazil has fallen on hard times, both economically and politically.

Brazil had an exemplary economic record during the early years of this century – high growth, low inflation, much reduced poverty and one of the few countries to experience a decline in income inequality – albeit from a high level – due partly to the economic growth and partly to social programs for the poor – most famously the bolsa familia, which provided food to families that promised to keep their children in school. This outstanding performance has come to an end, at least for the next few years.

Like Russia but more diversified, Brazil is heavily dependent on the export of primary products – iron ore, soybeans, beef, coffee, etc. – and has suffered during the past year from a sharp drop in world prices for such products, brought on partly by the slowdown of China’s growth, but also by economic weakness elsewhere in the world. Exports by value fell by 16 percent in the first half of 2015 compared with a year earlier, over three-quarters of which was due to a fall in export prices.

The decline in exports has led to a decline in economic activity – Brazil’s GDP will probably decline by about 3 percent in 2015 – and also to a depreciation of the currency, initially resisted but then allowed to proceed, by 50 percent, from 2.4 to 3.9 real per U.S. dollar over the past year. The depreciation and other factors. e.g. release of some price controls, have in turn led to an increase in inflation to over 9 percent, well above the official target of 4.5 percent, and that in turn has led the central bank to raise its short-term interest rate to 14 percent, partly to combat inflation, partly to discourage outflow of capital by residents.

The recession has of course led to a decline in tax revenues, particularly from corporate profits, enlarging the federal budget deficit to about 6 percent of GDP – manageable during a transitory recession, but troublesome because of serious structural components. Total Brazilian taxes in 2014 exceeded 35 percent of GDP, very high for an emerging market and seriously challenging Brazil’s administrative capacities. Since 2000 Brazil has seen a parallel rise in both taxes and expenditures, especially on social programs, and the expenditures are politically very difficult to cut. Moreover, unless they are trimmed back the expenditures will automatically rise over time as the population ages. In particular, Brazil has exceptionally generous pensions, especially for public employees, where on average men retire at age 54 and women at age 52.

Under these circumstances, and a political crisis, one of the major rating agencies downgraded the rating of Brazil’s sovereign debt to below investment grade, which will discourage foreign capital from entering the country and may encourage some to leave. To restore confidence in Brazil’s fiscal outlook the government of President Dilma Rousseff recently introduced an austerity budget, thus violating her campaign promises in 2014, with an objective of achieving a primary surplus (expenditures minus taxes not counting interest payments on the outstanding debt), despite the recession. The parliament refused to pass the budget, and some members of Rousseff’s own Workers Party have opposed it. Thus Brazil’s fiscal policy is in limbo.

The uncertainty is greatly heightened by talk of impeaching the president, who was re-elected to a second term last year. Rousseff’s popularity is at an all-time low, and she has been implicated with irregularities in the election and for misrepresenting the budgets for last year and this. Rousseff may also have been involved in a massive scandal involving Petrobras, Brazil’s large state-own oil firm, which is being pursued energetically by Brazil’s independent judicial process. The impeachment process is started by the speaker of the lower house of parliament, but would be concluded in the upper house. The speaker, Eduardo Cunha, is hostile to Rousseff. But starting the impeachment is complicated by the fact that Cunha is subject to criminal investigation for corruption, involving among other things a large secret bank account in Switzerland, and may be removed from his position.

So Brazilians wait while the backroom politicians sort out the next political steps. In the meantime, the economy drifts. The political impasse will no doubt be resolved one way or another, eventually enabling a coherent economic policy. But finding a budgetary path that will simultaneously satisfy today’s bond holders, tomorrow’s bond buyers, and the general public including a rapidly growing number of pensioners will not be easy.