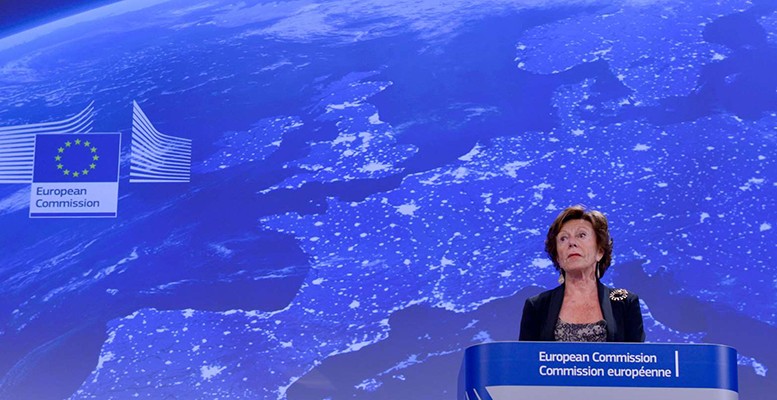 Despite the fact the implantation of the digital economy in the western world is unstoppable, the problems and the barriers remain. Proof of that is that the European Union has lost its digital leadership. In the world rankings of technology companies by market value, only two European firms appear in the most outstanding group – but not one in the Internet sector – and only four appear in the list of the top 15 telecommunications companies.

Merkel and Hollande, along with Juncker, seem prepared to make a definitive push to create a single European digital market with the launch of the Digital Conference, whose ultimate objective is to recover lost ground compared to the U.S. and Asia.

European operators are facing serious problems establishing a reasonable level of global competition, in the same conditions, with the world leaders. We can’t overlook the fact that this sector invested 80 billion euros in 2014 and it has a workforce of over one and half million people, despite operating in 27 different markets, all of which are particularly demanding in regulatory and fiscal terms. In fact, in the case of Telefonica for example, this meant it had to pay almost 3.5 billion euros in taxes in 2013 in Spain alone.

Against this reality, there is the world of the OTTs like Google, Facebook, Yahoo or Whatsapp, all of which enjoy a privileged position as can be seen from their numbers: 40 million euros invested in Europe in the last year; a 20,000-strong workforce; exempt from regulation ex-ante by the competition authorities and from ridiculous tax payments. Between them, Apple, Google, Facebook, Yahoo, Microsoft, Amazon, Twitter and Ebay paid the irrelevant amount of 17 million euros in taxes in 2013.

It’s difficult to understand how such a powerful group as the European telecos have so little success in getting their demands met, when what it’s about is imposing the basic principle: “the same rights and the same rules for the same services”. This is something which could be resolved by the creation of a real Single European Digital Market.

This could contribute 4% to European GDP growth in 2020. That said, it’s also an equally certain fact that the demands of the sector and those of the community’s political leaders don’t seem to coincide, in light of the latest declarations from Neelie Kroes, vice-president of the EU and Commissioner for Digital Agenda.

“Europeans are avid for technology and digital options, but governments and  industry are not meeting this demand. The fixation with a 20th century mentality and business model is damaging the European economy. And that is a pity. We are shooting ourselves in the foot by investing too little. Europe will be trodden on by its global competitors if we remain complacent.”

In spite of the tensions and the inequalities in treatment, there is no going back. And while the sector waits for solutions, it is continuing to progress.