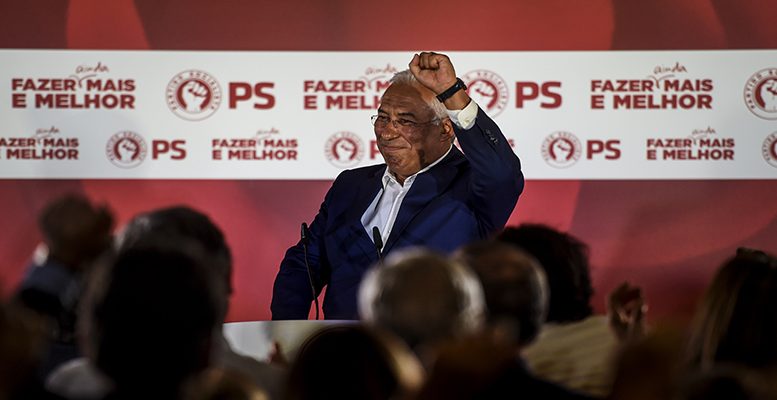 Scope Ratings | Portugal is set to maintain a recent record of political stability and fiscal prudence after the ruling Socialist Party’s strong electoral showing even though a new coalition or minority government may have to make concessions to left-wing allies.

We expect PS leader António Costa to lead the next government after his party won 106 of the 230 parliamentary seats in the country’s elections last weekend. Costa fell short of an absolute majority. However, he now needs support of either the anti-capitalist Left Bloc (BE, 19 seats) or the Communists (PCP-PEV, 12 seats) for a parliamentary majority, not both. The right-of-centre parties led by the Social Democrats have only 83 seats combined, so the PS can survive parliamentary votes even if both far-left parties abstain.

The Communists have ruled out forming a coalition with the PS, leaving Costa with the options of an alliance with BE – which would want a say over the new government’s economic programme – or leading a second minority government, reliant on negotiating budgets with Parliament each year. BE’s and PCP-PEV’s influence over PS policy would manifest itself in pressure to increase government spending and pay less attention to reducing public debt.

“This is the key risk, not in terms of the direction, but rather the degree of risk,” says our analyst Alvise Lennkh. “We expect Portugal’s fiscal consolidation to continue, posting primary surpluses and reducing the debt-to-GDP ratio to below 110% over the coming years. Portugal is a unique case where a candidate wins the election by promising further fiscal consolidation; this counterbalances expectations of costly concessions to the left and makes more credible a scenario of policy continuity.”

Demands of the far-left, including hiring public sector employees for social services and another increase in the monthly minimum wage to around EUR 800, up from EUR 600 today, could slow, but not stop, the rate of fiscal consolidation.

“Costa also has to address rising social pressures, partly from Portugal’s ageing population, as well as the country’s investment gap in an environment of slower global and European growth,” Lennkh points out.

Another challenge is that, with unemployment much reduced, Portugal becomes more dependent on harder-to-achieve productivity improvements to boost growth, requiring structural economic reforms and greater investment.

Maintaining primary budget surpluses, even at slightly lower levels to address some of the demands for higher social expenditure and public investment, will be difficult given the economic slowdown though low interest rates are easing pressures on government finances. Yields on Portugal’s 10-year government bonds have dropped significantly to around 0.1% from more than 4% at the beginning of 2017 amid the continuation of the European Central Bank’s ultra-loose monetary policy.

We expect the next PS-led government to post primary surpluses over the coming years and further reduce public debt. Even if real GDP growth were to average only 1% over the coming five years, and the primary surplus 2% of GDP instead of the 3% currently expected by the IMF, the debt-to-GDP ratio would fall to around 110% by 2024 from 121% in 2018. We revised the Outlook on Portugal’s BBB rating to Positive this April, highlighting anticipated policy continuity after the elections and the sustained reduction of fiscal imbalances, as well as a gradual unwinding of economic imbalances, as the main drivers.