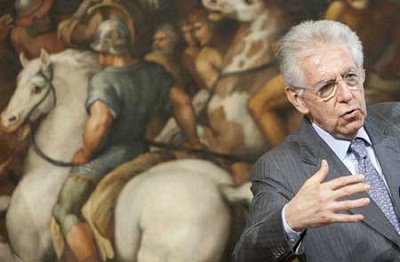 By CaixaBank research team, in Barcelona | As was expected, Italy saw a considerable drop in its GDP in the first quarter, namely 0.8%, higher than the one recorded in the last two quarters. This suggests that the recession is biting deeper and shows just how deep. The year-on-year rate of change in GDP therefore fell to -1.3%. This contraction in the level of the activity can be explained by the effect of rigorous budget policies, financial tensions and the world economic slowdown. In spring, leading indicators continue to get worse. We have not varied our forecast of a 1.5% drop in GDP for the whole of 2012.

Consumption, affected by less disposable income, the bad performance of the labour market and continuing inflation, looks weak. April's automobile sales recorded a drop of 18.0% compared with the same mo

nth last year. Consumer confidence continued to fall in May to its lowest level for the last few decades. In fact, employment fell by 0.2% in March, seasonally adjusted, compared with February and showed a year-on-year decrease of 0.4%.

At the same time, the unemployment rate rose to 9.8% and the number of unemployed increased by 23.4% compared with twelve months before. For its part, inflation held steady at 3.3% in April for the third consecutive month, due partly to tax hikes and higher official prices.

However, not everything is negative. Over the last three months up to April, exports to countries outside the European Union posted a rise of 2.6% compared with the three previous months, while imports only rose by 0.5%. Similarly, in April sales to non-EU countries were up 2.3% on the same month in 2011, compared with a fall of 8.1% in purchases from this group of countries. It therefore seems as if the foreign sector will be able to continue compensating, albeit only partially, the slump in domestic demand.