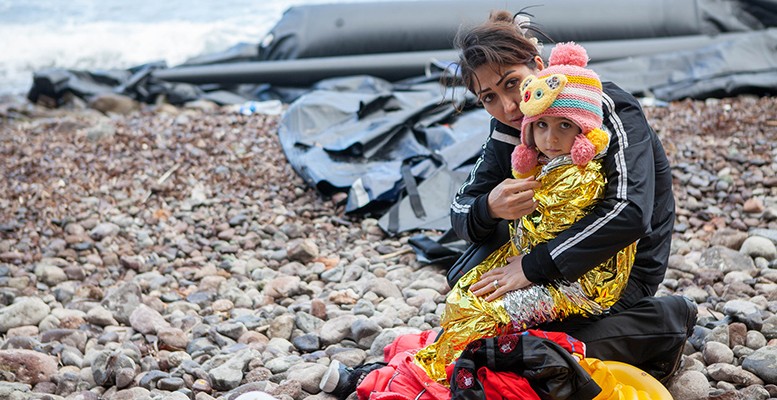 Nick Malkoutzis  via Macropolis | Since the European Union and Turkey agreed on a formula in March to manage refugee flows in a more orderly manner, by removing any incentive for migrants to cross the Aegean on their own, the crisis has faded into the background. Aided by the closure of borders in the Balkans and central Europe, the EU–Turkey agreement triggered a significant enough fall in arrivals to make the flow manageable and give much of Europe peace of mind.

The crisis, though, is threatening to flare up again and the EU seems to be reverting to its old tactic of refusing to recognise reality, while finding someone to pin the blame on.

When German Interior Minister Thomas de Maizière suggested in an interview earlier this month that refugees who are not eligible for asylum should be sent back to Greece, it sounded like one of the most ludicrous things uttered by a European politician recently, or at least one that suggested a complete ignorance of the situation on the ground.

Let’s just look at the current state of affairs for a minute: There are almost 60,000 refugees (a figure that is rising steadily) in official accommodation in Greece, there are more than 12,500 people on island hotspots when the capacity is for just under 7,500, there are currently more than 100 refugees arriving each day on the islands (according to UNHCR figures), while just 28 a day are leaving (mostly for mainland Greece).

Just taking into account these numbers, it is clear that the idea of sending refugees from other EU countries back to Greece would be an act of wanton stubbornness. When one also factors in that the refugees confined to these camps, as they await the slow process that will decide their futures, are becoming ever more exasperated and that the islanders’ patience and sympathy is being tested, as they see their main source of income, tourism, dwindle, the idea of placing further pressure on this situation seems incredibly cruel.

Nevertheless, the European Commission appeared to back de Maizière’s stance, which Greek Migration Policy Minister Yiannis Mouzalas described as “unhelpful”. According to comments by Commission spokesperson Natasha Bertaud, a day after the German minister’s intervention, efforts are being made to ensure Greece meets Dublin standards by the end of the year and that the regulations, foreseeing the return of asylum seekers to the country where they entered the EU, will be enforced before the overhaul of the system takes place.

In recent years, countries like Germany have stopped returning asylum seekers to Greece under the Dublin regulations because it was felt that conditions were not good enough. The suggestion now seems to be that the EU has helped Greece improve its capabilities and that they may soon be returned.

It is true that there have been some improvements in Greece. For instance, the Greek Asylum Service has stepped up its activity and preregistered close to 30,000 refugees in recent weeks. Also, there has been a marked increase in the number of asylum applications being made, from about 1,000 in January to around 4,000 per month at the moment.

However, to suggest in any way that this has helped clear the decks so that Greece can begin receiving asylum seekers from other EU countries is clearly nonsense, especially at a time when there are fears that the EU–Turkey agreement might founder on the delay in granting Turks visa-free travel. In the wake of the deal being signed, arrivals dropped to less than 50 a day. In recent weeks they are at double that, so the warning signs are already there.

Furthermore, conditions at too many facilities for refugees in Greece continue to be unacceptable. Human Rights Watch highlighted recently that unaccompanied minors in particular are treated in a shameful way.

But rules are rules, some in the EU will argue. The Dublin agreement is still in force and has to be implemented. However, those who believe sending asylum seekers back to Greece under the current conditions is the proper choice conveniently overlook the failure of the commonly agreed strategy for achieving a fair distribution of refugees among member states.

Last Monday, updated figures from the European Commission showed that since last year, less than 4,500 asylum seekers had been relocated from Greece and Italy, which makes a mockery of the total target of 160,000 by September 2017. Yet, when it comes to the application of the rule, which so many member states have blatantly flouted, there seems to be an effort to skirt over any problems.

“What we are doing is not insignificant,” said Bertaud of the relocation numbers. Indeed, they are not insignificant: Each one represents a person taken out of a hellish situation and placed in an environment where they have a chance of living normal lives. However, the number of people relocated against the target, and a reality that means tens of thousands wait for months on end – often in dire conditions – in Greece to find out their fate, is pretty pathetic.

Continuing to overlook, or keep quiet about, the failure to ensure that the burden is evenly shared in this most pressing of crises, where the human cost is so clear, is an embarrassment for the EU and its members. Furthermore, it emboldens those who ignore their own responsibilities.

Slovenian Prime Minister Miro Cerar suggested in a recent interview with Deutsche Welle that Greece is not guarding the EU’s borders properly and that its future in the Schengen area may be up for debate as it is not showing “responsibility and solidarity”.

The problem is that this argument was made by some EU members last year. Since then, fences have gone up in order to prevent migrants leaving Greece unchecked, the presence of the EU border agency Frontex has been stepped up and NATO has been brought in to patrol the Aegean. Maybe Cerar missed these developments, but blaming Greece for the refugee flow seems so 2015.

Also, if we are to talk about “responsibility and solidarity”, we should be aware that Slovenia has so far relocated the sum total of 60 people from Greece and another 14 from Italy, against a September 2017 target of 493.

If there are countries in the EU that believe the only way for Europe to cope with its migration burden is to turn Greece into a holding area for thousands of people, then they need to come out and say it clearly. Of course, there will be little appetite in Greece for the country to play Nauru to the EU’s Australia, but if this is discussion is to happen, it should take place in the open and not hidden behind scapegoating or a supposed desire to uphold rules that make little sense. Too many in Europe have fallen back on cowardice and hypocrisy to defend their inaction or save their political careers during this crisis. The charade adds considerable insult to the injury already suffered in this affair.