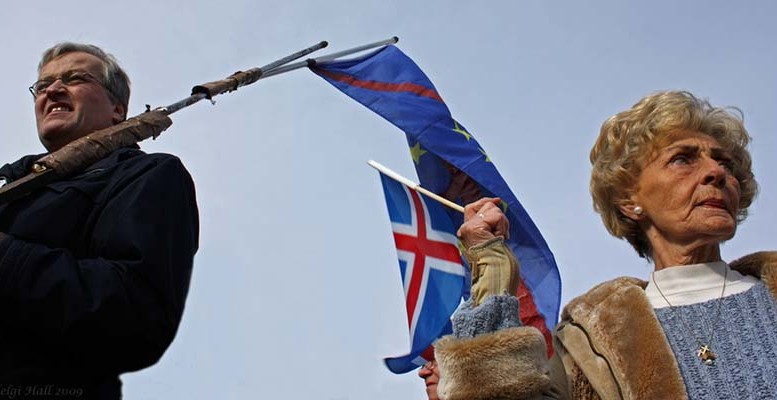 Iceland is far from being corrupt in the sense that really corrupt countries are – judges and other public officials are not on the take, no such indication. But nepotism is a breeding ground for the kind of corruption that money bring – I always say that I didn’t understand Iceland until I got to know Italy in the sense that in both countries personal relations matter a lot, even to such a degree that it’s not easy for foreigners to settle in these countries because they don’t have the personal relations (unless they acquire them by marrying into Italian/Icelandic families).

However, Italy was a country with much wealth; in Iceland it wasn’t possible to get wealthy enough to be elevated to an international level. The extreme flow of money into Iceland in the years 2003 to 2008 and the Icelandic operations abroad, both by banks and individuals, changed that. Iceland is in a certain danger to fall pray to real corruption where money buys power and more wealth – but I still hope and believe that won’t happen, that social and judicial institutions are strong enough.

That said, it was shocking to see that due to changes in law, how and by whom is not yet clear, resulted in high-flying bankers to be released from prison after serving less than 20% of their time in prison. The rule had earlier been that prisoners, serving time for non-violent crimes, would be released after having served 50% of their prison sentence in prison, serving the rest of their time by being electronically tagged.

This change in the law came about without any debate on the purpose of sentencing etc., i.e. the general thought behind prison sentencing. A food for thought for those who care about the incentives to act within the law and what it takes to run a good and just society.