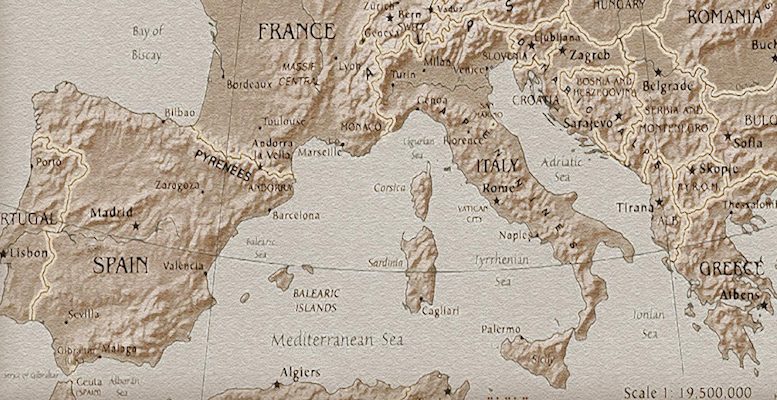 Why do problems emanate in the South, even if you discount Greece (Deep South)? For the purposes of this post, South comprises France, Italy, Spain and Portugal, respectively the second, third and fourth largest Eurozone economies. North considers Germany (the largest EZ economy), Belgium, Netherlands and Austria.

Let me try to head off some comments that might talk about individual countries. As far as the ECB is concerned, the health of individual countries (including Germany) is TOTALLY irrelevant. What matters is the Eurozone as a whole, where monetary policy has been and is still far too tight.

But what we seem to have is a two-speed Eurozone: The “do-well” North and the “flailing” South. The charts indicate that the ECB monetary policy has “discriminated” against the South. That could be indicating that the South does not satisfy the conditions to be part of the monetary union. In that case, problems will only get worse with time!