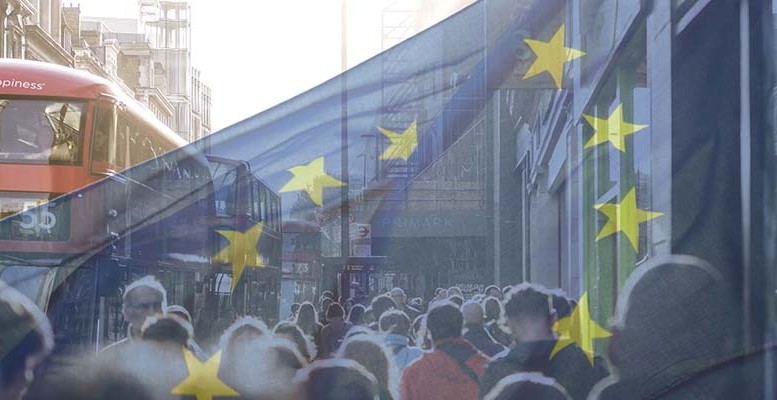 **This article was originally published by Fair Observer.

Michael Julien | The long-awaited booklet from the British government on the forthcoming European Union (EU) referendum arrived recently in the post-boxes of 27 million households in the United Kingdom at a cost of more than £9 million ($12 million), all of which has been paid for by the taxpayer.

There were loud outcries from the British press that it was a waste of taxpayers’ money and even louder cries from those wanting to leave the UK that the booklet constitutes “propaganda” and is “unfair.” The government argued that they had a duty to inform the public about the issues arising from the forthcoming referendum.

If the booklet was intended to inform the public in order to support the government in persuading the public to vote to remain in the EU, it fails miserably as it is a very light-weight and poor document which fails to make the case and, worse still, has caused considerable resentment from the public and may well have the opposite effect on voters.

So what was all the fuss about?

On the cover it says: “Why the government believes that voting to remain in the European Union is the best decision for the UK.” It then goes on to say: The UK has secured a special status in a reformed EU and then it goes on to list the government’s “achievements” in its negotiations with the EU.

Secondly, “we will keep our own border controls.” Nobody is forcing Britain to join the Schengen area either. The UK and Ireland have had opt-outs from joining the Schengen area since the Amsterdam Treaty was signed in 1999, but free movement of EU citizens across the EU is unchanged.

Thirdly, “the UK will not be part of further European political integration.” This would not be possible unless Britain joined the euro zone and the Schengen area both of which are unlikely at any time soon.

Fourthly, “there will be tough new restrictions on access to our welfare system for new migrants.” The operative word here is “new” and it only represents a “brake” on some of the welfare benefits for new migrants.

Finally, “we have a commitment to reduce EU red tape.” Governments always say this and nothing happens. With 28 EU commissioners, the flood of regulations will continue as many of them have little else to do.

Nothing “Reformed” About the EU

If one looks at these “achievements,” there is nothing “reformed” about the EU, but “remaining in a reformed EU” is the foundation of the UK government’s arguments that UK citizens should vote to remain in the union. It would appear from the points made above, that all that has been achieved in the long, drawn-out negotiations with the EU is the restatement of the status quo in order to clarify Britain’s status in the EU and nothing more.

The fear in the leave camp is that the EU will never reform and will continue to move on relentlessly toward the goal of “ever closer union.” As all new members of the EU are required to commit to that ever-closer union when they join the EU, the UK will eventually be the only state left outside of an integrated EU comprising the other 27 members; and more, if enlargement of the EU continues which it surely will. While the UK presently has allies outside of the main block of countries and there are some short-term brakes on certain regulations with support from some of those allies, it will in due course find itself outvoted on many matters of considerable concern to the UK, such as regulations on financial services, where the City of London is the largest and most successful market in the EU.

The booklet also claims that the EU has made it easier for UK citizens to travel to Europe each year. It makes claims that the EU has brought benefits to its members through lower fares for lower cost flights due to reforms in the 1990s. These claims are unsubstantiated and must mainly be the result of market forces between the low cost operators such as EasyJet, Ryanair and Flybe. As for other operators such as the International Airline Group (IAG), the owner of British Airways, Iberia and Aer Lingus, Willie Walsh, has said that it would not have much impact on the IAG business if Britain leaves the EU, and Norwegian Air Shuttle is now the third largest low-cost airline in Europe despite not being in the EU.

The booklet also claims that the EU has made it easier for UK citizens to travel to Europe each year as roaming charges for mobile phones will be abolished in 2017. However, market forces have already had a substantial effect on these. For example, mobile phone operators such as Vodafone, with its EuroTraveller Plus package, have already provided their customers with the ability to roam in the EU at a fee of three pounds per day when in use and, in the case of My3 with its “All-you-can-eat” packages, roaming can be entirely free in as many as 18 countries, including several outside of the EU such as the USA, Australia and Indonesia. Market forces caused this to happen, not EU regulations.

The Viewpoint of the French

One is left to wonder if the French President Charles De Gaulle was right when he said the following at the time that Britain first applied to join the then European Economic Community (EEC) in 1967, summarized by the BBC:

“At a news conference at the Élysée Palace in Paris, attended by more than 1,000 diplomats, civil servants and ministers as well as journalists, General de Gaulle accused Britain of a ‘deep-seated hostility’ towards European construction. He said London showed a ‘lack of interest’ in the Common Market and would require a ‘radical transformation’ before joining the EEC.

As Alphonse Karr, a French satirical journalist of the 19th century once said, Plus ça change, plus c’est la même chose—“The more things change, the more they stay the same.”

In my own view, speaking as an Englishman with a house in France for the past 30 years, and who had a French father and French grandparents (with my grandfather being one of 16 children) and a brother married to a French lawyer with eight children and 21 grandchildren, my feeling is that the centuries-old rivalry between Britain and France will continue, and will continue to cause endless problems for both countries and for the EU over the years ahead. President de Gaulle was right in 1967 and he is right today.

Interestingly, the Financial Times recently carried an article entitled “Could Brexit be a good thing for Europe?” While the commentators’ views are diverse, my own view is that the EU will be better off without the UK, as it is clear that the EU will need to integrate much more if the dream of a United States of Europe is to ever come true. Having the UK on the sidelines making waves (as it surely will) does not help achieve that and if other states want to leave the core, so be it.

On the other hand, it would seem that some other countries within the EU (but outside the euro zone) have taken to heart some of the issues raised by the UK in their recent negotiations and have begun to consider improvements that can be made for those remaining in the EU outside the euro zone. For example, Open Europe has just published an article entitled “Joint Report Polish and British Visions for the Future of the EU,” in the event that the British public votes to remain in the EU. There is clearly hope yet that the EU will reform if enough countries demand it.