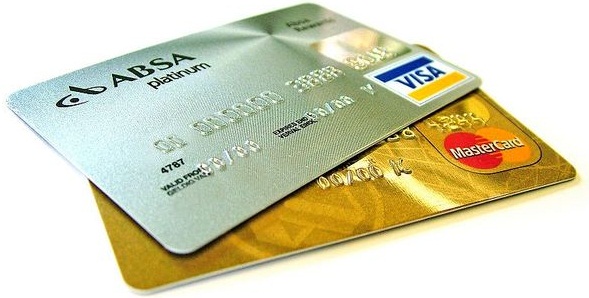 It is not always easy to argue rationally in political debates. Even more so, when the topic is inherently complex, technical and has an immediate impact on everyone’s wallet: payment card fees.

But at a time when the EU in Brussels is looking at possible measures to rein in card payment networks I feel that the debate is somewhat incomplete, misinformed and, probably, driven by conflicting interests under the mighty (although legitimate) lobbying of big companies.

At the end of September, the European Parliament sent a political signal calling for EU legislation on (card) payments and in particular on the reduction of payment costs. The European Commission is also expected to announce its intentions to legislate in October.

These moves take place against the background of year-long legal skirmishes between banks, card schemes and retailers, more or less populist calls by politicians to bring down the cost of payments and a number of countries having acted and imposed mandatory fee limits on payments. More often than not, these have focused on so-called interchange fees.

An interchange fee is a small fee paid by a merchant’s (acquiring) bank to a cardholder’s (issuing) bank as part of an electronic payment card transaction. It is normally designed to balance the benefits and costs of electronic payments, and ensures that each participant pays its fair share of the costs associated with processing and protecting payment card transactions.

This fee is included in the fee that a retailer has to pay to his (acquiring) bank. That’s why some retailers do not like it and would like to see it capped, limited or even banned. Many politicians have also argued that if this happens, consumers would also benefit from it, for instance through lower prices for the goods they buy. But the reality should be analysed with more accuracy and a comprehensive point of view.

One of the countries which have pushed through lower interchange is my country: Spain. A recent study by Spanish economists of the University Rey Juan Carlos, the Autonomous University of Madrid and UNED University examined the impact of these reductions on the market.

Over the five-year period from 2006 to 2010, interchange fees were reduced by more than 57%. But it concludes that consumers in my country did not benefit from this reduction at all. Retailers did, undoubtedly. This reduction saved them almost €2.75 billion over the five year period.

More strikingly, consumer costs, mainly through annual card fees they pay to their bank, increased by a staggering 50% over the same period. This translates into an additional burden of €2.35 billion consumers had to shoulder, just for using their payment cards. And it didn’t stop there.

Other fees were also raised, such as those charged to consumers for overdrafts. And rewards and promotions usually associated with card payments were reduced or even eliminated.

The reason for these increased costs to consumers is easily explained. Because of lower interchange, card issuing banks faced significantly lower revenues while the costs related to the provision of card services remained the same, or even increased. This shortfall in revenue from interchange had to be somewhat compensated to keep the system running. Therefore, the consumer ended up paying for the retailers’ savings.

But not only had consumers to pay up for retailers’ savings. The study also found no evidence, in Spain, that any of these savings were passed on to consumers in the form of lower retail prices for goods and services –a claim that is often made by those in favour of lower interchange to justify regulatory intervention. This suggests that retailers simply used the money to increase their margins.

Based on this domestic experience, I believe that members of the European Parliament should take a deep breath and carefully examine the impact of possible payment legislation on all players and all countries before adopting their final position at this month’s plenary meeting on whether a mandatory reduction of interchange is really necessary.

They should take an honest look at the issue, by carefully examining past experiences, such as Spain, and by considering all the costs, hidden or not, of payment systems, in particular for consumers. It wouldn’t be the first time that unintended consequences come at the expense of the consumer.

The European payments market is certainly not perfect but it is not sufficiently broken to justify regulatory price intervention without having a full understanding of all the consequences for everyone involved, and a full battery of complementary measures. Some actions should certainly be avoided while others could probably be fine-tuned to ensure that the market continues to operate in the best interest of all players and may be new ones should be introduced for consumers’ sake.

We should learn from experiences, such as Spain, and avoid adopting inefficient, incomplete and unfair measures that will do more harm than good for the final consumers.