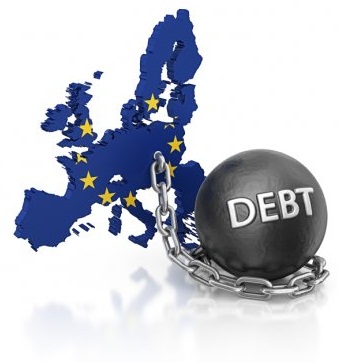 By Fernando González Urbaneja, in Madrid | Explaining the Spanish public deficit problem in 2012 in terms of confrontation between the government of Mariano Rajoy and Brussels is wrong and misleading. So far Brussels has not penalised members who do not meet their programmes, but has rather come to help achieve the objective, with more or less enthusiasm and more or less requirements imposed.

Brussels may begin proceedings for an excessive deficit record, send troikas and missions to instruct those who do not respect the rules, threaten them with sanctions … but it’s much ado about nothing. The real trouble comes when the credit markets shut down.

Default risk is embedded in the market, in those who finance borrowers with the expectation of recovering their money. The biggest the risk of default, the more expensive the credit gets; and when there is little safety, no money will be paid. Deficit issues result in risk premium and are measured with a differential regarding the best payer. And when the differential grows, problems worsen and consequences are severe.

A 5.8% deficit (1.4 points up from what was agreed) proposed by Rajoy’s government this year may seem reasonable, credible, and even ambitious for some, taking the last facts and trends into account. After all, the Spanish government would reduce 2011 deficit in 2.7 points, leaving it half of what is was in 2009. But it remains a spectacular figure, that only strong economies such as the Japanese, the American and the British can afford. For a second-tier economy as the Spanish, that deficit figure is dangerous.

Rajoy is aware of that. Therefore, he argues, meeting the 3% target by 2013 and the reforms his government has approved, are the best guarantors of his clear goals and commitment to achieve them. He can nail it.  But he can also fall short and waste the trust polls show he got after his reforms.

Yet, the daily survey is called debt risk premium. So far so good, much more than expected is being issued and at a good price. ECB credit facilities have been decisive, but the key factor is the country’s and policies’ credibility. For months Italy has served as a protective shield for Spanish debt, its spread was higher. But the new Italian government of Mr. Monti is earning credit and authority every week and equates its differential with the Spanish.

Staying behind in this race is not recommended. That is the risk of the Spanish government bet: being compared to Italy, whose budget deficit is around 4% (and 9% of unemployment rate). Italy’s debt per GDP doubles the Spanish one and the country is experiencing a more severe recessions. Their strengths are also bigger, though.

This is a long-distance race, with many obstacles and changing requirements. What is unaffordable today might be inevitable tomorrow. But the key still is whether credit is or not open.