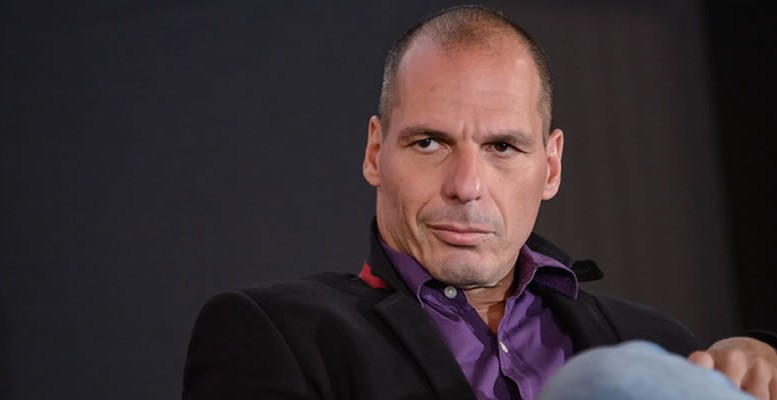 Prime Minister Alexis Tsipras has a lot on his mind at the moment: A quarter of his MPs are refusing to support him over his agreement with Greece’s lenders, his short-term political survival is reliant on the opposition parties, representatives from the institutions are returning to Athens and want to start visiting ministries, his government has just over three weeks to reach an agreement with creditors or face defaulting on the European Central Bank and he may be contesting his second elections of the year in a few months.

So, as you can imagine, the last thing he needed right now is his talkative former Finance Minister Yanis Varoufakis to reveal that he had been working on establishing a parallel payment system in the government’s first months in power.

First of all, let’s establish what Varoufakis revealed in a conference call with investors earlier this month. He said that a few days ahead of being elected to power on January 25, Tsipras asked the would-be finance minister to come up with a Plan B that would allow the government to get around Greece’s banks being shut down due to a lack of liquidity from the ECB.

Varoufakis described using a friend who was an expert in IT to “surreptitiously” clone the Finance Ministry’s tax system, which would involve hacking into it, because, he argued, Greece’s general secretariat for public revenues is “controlled by Brussels” and he did not want lenders to know what he was doing. The shadow system would work as follows: If the state owed money to a company or individual, it would make the euro-denominated payment in the parallel accounts of the shadow system created by Varoufakis. The recipients could then use the money that had been created by the government to make payments into other parallel accounts of other taxpayers or businesses.

Although Varoufakis does not suggest that this was being done specifically to prepare for an imminent Grexit, clearly the system could be switched to work in drachma at the “flick of a button,” as the economist described it. While some people have interpreted the ex-finance minister’s revelations as an admission that SYRIZA had been preparing an exit from the euro for months, this is not the message we should walk away with from the latest story being recounted by Varoufakis.

In fact, it is perfectly natural that a Greek government in the grip of a deep crisis and unpredictable negotiations should have a back-up plan. There is little doubt that every other finance ministry in the euro area has a clear idea of how it would deal with a Grexit if it comes. It would be criminal for Greece not to have its own plan.

Varoufakis clearly believed in his plan and was keen to use it. On the night of July 5, when the “No” vote won the referendum with a convincing 61.3 percent, Varoufakis hinted that he had such a scheme ready and was itching to deploy it.

“If necessary, we will issue parallel liquidity and California-style IOU’s, in an electronic form. We should have done it a week ago,” he told the Daily Telegraph.

A few hours later, Varoufakis was out of a job. He said he resigned when he realised Tsipras was not willing to stake the country’s future on the plan, preferring to go the more conventional route of reaching an agreement with lenders.

The main question that Varoufakis’s leaks about the parallel payment system prompt is how the prime minister could entrust the sensitive negotiations with Greece’s lenders to a man who seems to have no reservation about revealing potentially damaging information in real time and to a group of hedge fund managers who have he neither elected nor appointed him.

It also raises doubts about what the ex-finance minister’s true motivations were during those talks. Was he really working hard to reach the so-called “honourable compromise” or did he have at the back of his mind the opportunity to deploy his shadow banking system, thereby marking financial history in the eurozone? Unfortunately, the ease with which Varoufakis revealed information about his supposedly secret plan, both on the record to journalists and to investors in a recorded call, creates scepticism about his motives and his judgement.

In the recording of the teleconference, Varoufakis insists that he still has a good relationship with Tsipras and describes in some detail an exchange between the pair after the first vote on prior actions demanded by Greece’s creditors earlier this month, when the finance minister cast his ballot against the legislation and the prime minister’s wishes. However, Tsipras will surely be wondering why someone who considers himself a friend would create such a needless problem for the prime minister right now. During his time in office, Varoufakis always made a point of deferring to Tsipras but the ease with which he has revealed sensitive details of the plan he was working on suggest at best that his main interest is to tell a good tale, regardless of how damaging the consequences may be.

In a recent TV interview Tsipras began to distance himself from Varoufakis, saying that he had brought “great momentum” to negotiations with lenders when the government came to power but that mistakes were made later. “Being a good economist doesn’t mean you are also a good politician,” Tsipras told public broadcaster ERT earlier this month. Tsipras may now be wondering if Varoufakis is a good government colleague and friend as well. He may also start to wonder how good his own judgement is after putting so much faith in the former minister.