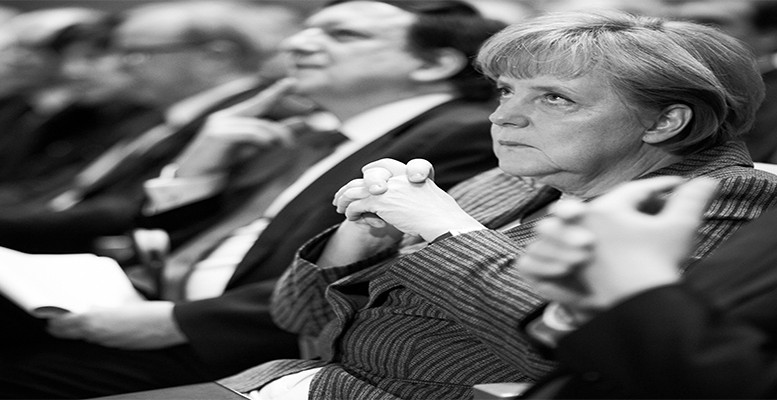 Angela Merkel won three elections (2005, 2009, 2013) in Germany with her share of the vote exceeding 40%.  She would win again today, probably with a higher percentage. Furthermore, she also formed coalition governments with liberals and social democrats to strengthen the federal government’s position and manage the recession. Governments with proven stability which were supported on programs agreed in detail. To cast doubt on Mrs Merkel’s ability for political governance, democratic credentials or legitimacy is just about confusing and getting swept up in demagogy and irrationality. These are facts which invalidate the thesis of the Chancellor’s arrogance. And as regards her position in the European Council, the testimonies of most of its members are far removed from this supposed arrogance.

Those who repeatedly elect Merkel, and to whom she has to answer to, are the Germans. She is a Chancellor taking the lead to move them away from national egoism in favour of a process of political unity with the rest of  Europe. A complicated historical goal that requires mutual understanding and goodwill. Germany has shown that goodwill, aswell as the desire to share sovereignty with smaller, less wealthy and less powerful partners. The relevance of Germany in the EU project is obvious. That’s why, in spite of the Germans, it has to act as the soul and driver of the Union, where it represents almost 20% of the population, 30% of income and more than 1/3 of solidarity contributions. To question German solidarity is to deny the evidence . And to do it from Spain shows ignorance or bad faith or both.

Southern Europe’s criticisms of the Chancellore are nonsense. Merkel has proven she wants and can support the welfare state, firmly established in Germany for decades. For that reason, the tirades against the Chancellor as an enemy of  social welfare and the average citizen… are ridiculous and groundless. They can only be used to promote nationalist and anti-European propaganda. Merkel has contained the German isolationist nationalism and has worked to foster a stable Europe and a sustainable economy. She has also negotiated with partners and has yielded on some occasions.

The Merkel-Draghi axis is now essential to support the European Union, the euro and the exit to the crisis. The ECB has resisted the pressure from German economic orthodoxy and Draghi has won votes against the Bundesbank representatives. He has managed the agreements with realism and has ensured that the ECB now appears as the most reliable and consistent European institution. These are not easy times. There is a lack of political leaders equipped to tackle these problems. But out of all of them, the German Chancellor should be on the list of those who make efforts and contribute to an exit to the crisis. No EU country has received as much help as Greece and none has had a worse performance. These are facts to consider before making some vociferous and unfounded judgements.

Be the first to comment on "Chancellor Merkel’s vindication"