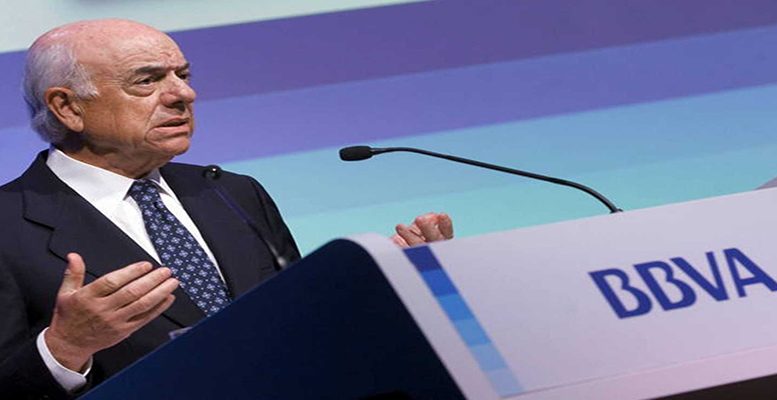 One day before the General Shareholders’ Meeting, the former president of BBVA announced on Thursday by letter that he is temporarily leaving the positions that bind him to the entity (he is the honorary president of the bank and the Foundation) until the end of the investigation of the Villarejo case, in which BBVA is related to a supposed espionage of politicians, businessmen and journalists when González occupied the presidency.

The spying probe es related to contracts with jailed ex-police chief José Manuel Villarejo, whom the bank allegedly hired in 2004 to spy on top executives of a potential buyer (Sacyr).

Villarejo is accused of criminal organization, bribery and money laundering, and has been on provisional detention without bail since November 17, 2017.

In a letter sent to the current president Carlos Torres Vila, according to the agency Europa Press, González is convinced that his decision “will help us understand with what rigor, lack of personal interest and commitment we have worked for so long.”