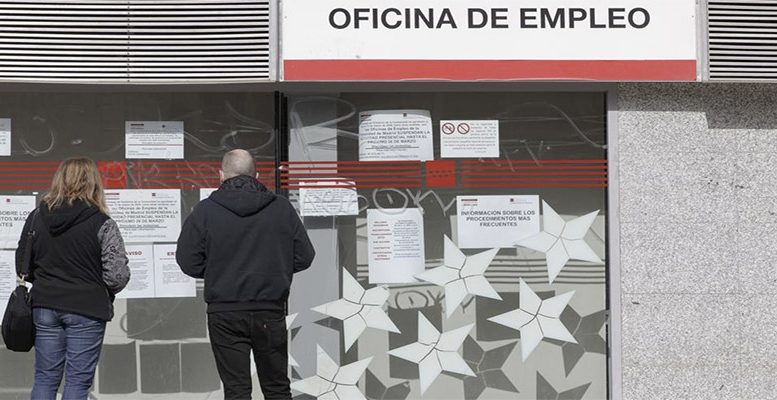 In the face of the economic slowdown due to the restrictive measures in place to stop the spread of Covid-19, Spanish companies laid off or terminated contracts for over 302.365 workers in March. This brought the total number of unemployed to 3.548.312.

These figures do not include the impact of temporary layoffs (ERTE). Dozens of large companies have already announced ERTEs to alleviate the closure of businesses and the drop in production due to the state of alarm. But they require a negotiation process before registration and activation, so their effect will start to be seen in the April data.

Over the last week, Spain’s main trade unions UGT and CCOO had predicted that the March unemployment figure would be hugely catastrophic as a result of the ERTEs announced by many companies. So much so, that their top managers were even talking about 1 million people being fired. However, as the ERTEs were not taken into account, the figure was far below that forecast.

Nevertheless, the over 300,000 jobless registered in March represents a historical record increase. It is more than 50% higher than the negative milestone of January 2009 (at the start of the last economic crisis) when there were almost 199,000 unemployed.

Meanwhile, the average number of people registered with the Social Security in March was 19.006.760, a drop of 243,469 employed persons compared to February (-1.26%). It should be highlighted that the impact of the coronavirus pandemic begins to be seen from March 12. As a result, the average Social Security data does not reflect rigorously what happened over the month as a whole. So we need to know the figure for the last day of the month. On this occasion, it is a more reliable indicator of the evolution of employment and the impact of the crisis due to Covid19. On March 31, the number of people affiliated to the Social Security was 18.445.436. This means the system had lost 833,979 members up to that date.

The prospects for a possible recovery in the labour market after the hibernation of economic activity do not seem any better. The crisis caused by the coronavirus could prevent almost 1.7 million jobs from being offered, while postponing nearly 1.3 million layoffs. There is the possibility that the latter could occur “all of a sudden,” once the health emergency is over, according to a study by the Foundation for Applied Economic Studies (Fedea).

Meanwhile, the European Commission will today present its proposal to create a European short-term unemployment fund. This is to support the labour markets in countries particularly hard hit by the Covid-19 pandemic. And in particular, it is designed to avoid a wave of redundancies in Spain and Italy.

Brussels’ target for this fund is to reach 100 billion euros. To finance it, the European Commission will be able to launch a bond issue on the international markets on its own, or with the support of other institutions such as the EIB. These issues will be backed by guarantees from the member states themselves. However, the funds would be channelled to the countries via loans and not in the form of direct aid. Brussels has named this new fund SURE and it is inspired by the German system known as ‘Kurzarbeit’.

The destruction of the labour market has also reached the other side of the Atlantic with painful figures. Unemployment claims in the US, which are recorded on a weekly basis, have shot up by 3 million in one week. Specifically, the 3.28 million requests are four times higher than the last historical record in 1982. Then there were 695,000 petitions registered. As is the case with Spain, this is the highest figure recorded since there have been statistics in the US.