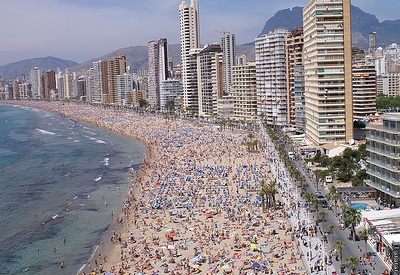 MADRID | BBVA Research’s latest estimates confirmed the recession in Spain, pointing to a GDP contraction of 1.3% in 2012. However, economic indicators are revealing a less dramatic than estimated deterioration in the real economy. The data presented in its ‘Spain Economic Outlook’ report show that the measures adopted lend credibility to the ability to meet current fiscal deficit targets.

BBVA’s economic research department flagged the positive effect of the programme set in motion by the state government to enable supplier payments by cash-strapped regional and local governments as it will entail a liquidity injection that will boost economic activity.

The outlook for 2012 is still for a GDP contraction of 1.3%, in an environment marked by intense prevailing uncertainty due to the lingering European sovereign debt crisis.

“The advent of this double-dip recession has been triggered by various external factors. On the one hand, capital market and European sovereign debt volatility have made it more expensive for the Spanish economy to raise medium and long-term funding. Also,” the paper said, “the outlook for contraction of the broader European economy will dampen growth in demand for Spain’s exports. Meanwhile, the upward spiral in oil prices has interrupted the downtrend in inflation.”

The economists attribute the increase in Spanish bond prices to the higher than forecast deviation with respect to the stated public deficit target for 2011, coupled with the failure to introduce transparent mechanisms to guarantee delivery of the 2012 deficit target at the regional government level. However, current forecasts point to a recovery, albeit moderate, in GDP from 2013: estimated growth of around 0.6%.

BBVA’s research confirmed the estimate for a reduction in household spending in the first quarter of 2012 of around 0.6% year-on-year, despite the anticipated decline in savings. Investment in capital goods, meanwhile, will register a moderate decline with respect to the last quarter of 2011. Corporate investing activity is, however, expected to begin to recover in 2013, underpinned by gains in competitiveness on the part of exporters and stronger foreign demand.

Elsewhere, BBVA analysts reiterated expectations for a further 6.6% slump in investment in the residential market in 2012; current estimates point to a recovery, albeit very gradual, starting towards the end of 2013.