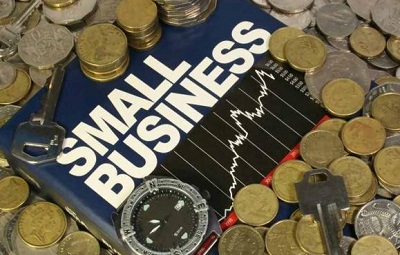 LONDON | Less than 5 percent of all small businesses play the biggest role in boosting the UK economy, a new report by Santander Corporate Banking has concluded. The study, released Tuesday, also indicated that this same small fraction of SMEs accounts for two-thirds of all private-sector employment.

Santander analysts found that a very limited number of small businesses have a significantly higher economic impact than the rest of the UK small and medium-sized business population. In fact,

“these companies proved to be exceptionally resilient during the recent recession creating almost 173,000 jobs at a time when similarly sized non-growth champions shed more than 400,000.”

The Breakthrough Growth Champions Report, which examined growth patterns among businesses with turnovers between £500,000 and £10 million revealed growth champions appear across a wide range of industry sectors. The highest concentrations were found in sectors such as social work (14.7 per cent), complementary medicine, such as homeopathy and physiotherapy, (11.4 per cent) and architectural and engineering activities (7.7 per cent).

Their distribution somehow dismisses the talk of increasing unbalances in British economic development. The UK regions contain an almost equal proportion of growth champion businesses.  The North West recorded the highest concentration with 5.3 per cent; Yorkshire, Scotland and the North East all recorded 5.2 per cent; and the South West and Thames Valley followed with 5.1%.

“Contrary to popular thinking, these champion businesses operate across a wide range of industry sectors and are spread evenly across the UK, proving that fast growth is not confined to the technology industry or the South East.

“Banks have a responsibility to support businesses to accelerate growth at all stages of their lifecycle. Using the common characteristics exhibited by Growth Champions, we can identify the fast-growth businesses of the future and provide the support they need to help them fulfil their potential.”

But what does it take to become a core small company? Santander experts said the winner businesses had in common strong teamwork and relationships; youthful leadership; high levels of ambition; directors with a history of entrepreneurial success; and a proactive approach to cash and credit management.

The ‘Breakthrough Growth Champions Report: understanding the engines of economic growth’ was commissioned by Santander to explore how the credit crunch and resulting recession impacted small and medium sized businesses.