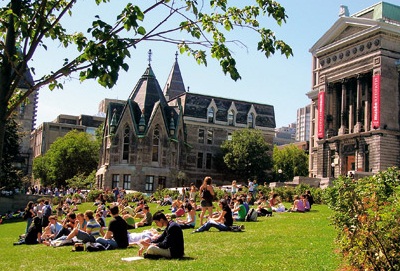 Universities in the US have acknowledged that they distort the employment figures of their graduates. Now, some newly graduated lawyers have begun litigation against them because, in spite of official assurances, they have been left jobless.

WASHINGTON | Some U.S. lawyers have decided to file lawsuits against their Law schools. The reason? They were promised a job upon graduation but have been given none after four years of studies in addition to the University’s, for Law in the U.S. is a postgraduate, and at least $120,000 spent in tuitions. So they have decided to put in practice their recently acquired knowledge against their alma mater, which is how in the U.S. one calls the University that awards you your degree. The first universities to suffer their graduates’ anger have been the not-so-well performers, like Thomas Cooley Law School in Michigan. The graduates’ argument is that these institutions offer completely false numbers of the percentage of graduates who find a job. But this is a matter of discussion. The universities contend that their figures do not imply a sort of job guarantee.

Some 59 of the 143 law schools listed in the ranking of the magazine U.S. News and World Report declared that more than 90% of their students were successful when seeking a job. Many of them are probably right, because they include scholars (though they have no pay) or graduates working in internships and administration in law firms. Of course, some universities, such as Villanova or Illinois, have admitted that they distort the figures they provide to U.S. News and World Report.

In Thomas Cooley’s case, the figure of 76% -82% of graduates that supposedly would find employment as lawyers is in reality, according to an alumni group that has taken their alma mater to court, a mere 25%. The initial number was product of  “Madoff-like accounting,” according to their complaint.

Universities should be satisfied that their students leave so very well prepared they could bring the dean into jail for fraud, although it is most likely that the institutions themselves have insurance against this eventuality. But the story of the law schools’ false accountings highlights the problems of statistics. Especially in the United States, a country where unemployment is declining only because its labor force is also declining, since the participation rate continues to fall as more and more unemployed people stop looking for jobs or have exhausted their unemployment benefits.

The trick may help to avoid headlines like those generated by the labor market figures coming from Spain, but unemployed people do not pay taxes, whether accounted for or not. The national association of Law practitioners says 87.6% of graduates in Law had jobs in 2010 but only 59.9% worked as lawyers. It is the lowest figure since the organization began compiling statistics in 1971.

THE MOTHER OF ALL ADJUSTMENTS

The labor market situation for lawyers can be extended to the whole of the U.S. economy. This year, the U.S. will grow moderately in the middle of so dramatic a legislative paralysis that it has been impossible to adopt even a general plan on highways for the year. The Republicans vote against every spending measure. That means decisions will have to be taken in 2013. And by then, the prospects are not good. Next year the United States can enter the Mother of All Budget Adjustments.

If the Bush tax cuts are allowed to expire, the fiscal adjustment plan agreed in August starts, no amend is made about the end of unemployment benefits for long-term unemployed, and contributions to the national insurance services are increased as previously set by the Obama government, the economy could suffer a blow to the tune of -2.7% of GDP, according to most estimates.

That would cut the deficit in half and leave it at about 3% of GDP, but it is expected, too, that this adjustment would end up killing a recovery that is still weak and somewhat volatile. Because, even if the Republicans insist on the contrary, America is immersed in a strong program of spending cuts that could push the federal administration to even exceed its deficit target this year of 5.5% (3 points less than in 2011).